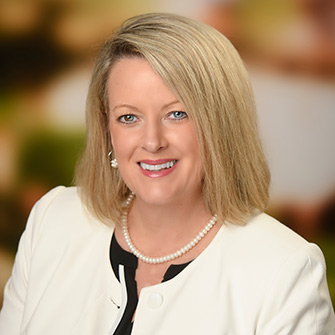 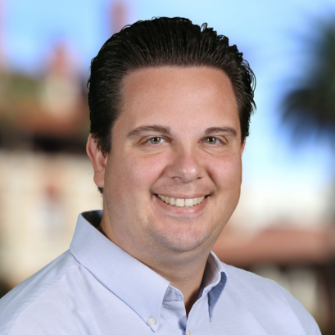 A 2002 graduate of Flagler College, Kerri earned degrees in business administration and communication.  After graduation, she worked for six years as an advertising account executive.  In 2012, she returned to her alma mater to assume the role of Research and Stewardship Manager in the Office of Institutional Advancement and in 2013 became the Assistant Director of Alumni Relations.  She became Assistant Director of Development in 2019. 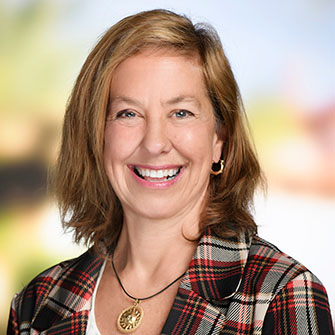 Nicole initially started working at Flagler College in 1996 as the Director of Student Housing.  She subsequently moved into Institutional Advancement, where she held positions including Director of Annual Giving, Capital Giving Officer, and Assistant Director of Development.  It was through these experiences that she developed her passion for fundraising while creating opportunities to make a positive impact in students’ lives. Having served the college for 16 years, she left to pursue a position as Director of Development at the University of North Florida for the Carpenter Library and the College of Education and Human Services. Most recently Nicole served as the Development Director for the Betty Griffin Center (Safety Shelter of St. Johns County).   In 2019 she returned to the Flagler College team as Director of Major and Planned Gifts.   Nicole holds a BA in psychology from Boston College and a MAT in elementary education from Jacksonville University. 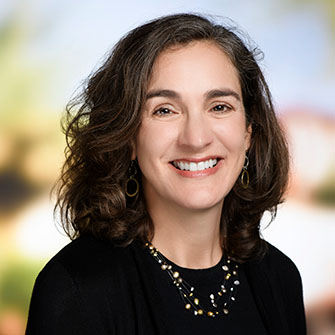 Susan joined Flagler College in December 2021, picking up on a career in university fundraising that began as a student at the College of William & Mary in Virginia, and continued in progressively responsible positions at the University of Richmond (VA), the University of Southern California, and Stetson University. Susan moved to St. Augustine with her family in 2005, and has been an active member of the community ever since, serving as a Founding Board Member of the tag! Children's Museum of St. Augustine, in PTO leadership roles at R.B. Hunt Elementary, Sebastian Middle, and St. Augustine High Schools, and as an Elder at Memorial Presbyterian Church. Susan holds a BA in English from the College of William & Mary and a Masters of Public Administration from the University of Southern California. She is excited to be part of the Flagler family, contributing to the forward momentum at an exciting time in the College's history. 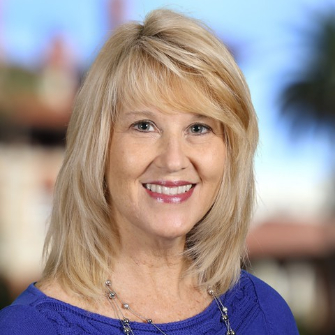 Jody joined the department in January 2016 after moving to St. Augustine from Oklahoma. Before moving to Florida, she worked as the Administrative Assistant for the Academic Deans of Western Oklahoma State College; was the event coordinator for the Oklahoma River Cruises; owned/managed Gelato & More in Las Vegas, and was the Systems Analyst at Sun Oil Co. She holds a Bachelor’s Degree in Business Administration with minors in Computer Information Systems and Management. She is grateful to be part of such a great team and an amazing college. 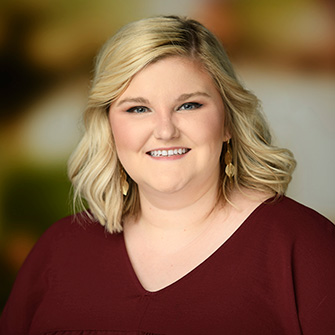 Shelia-Marie relocated from Chattanooga to join the Office of Institutional Advancement in May of 2022. With a BA in Interdisciplinary Studies from Lindsey Wilson College (’16) and a MA in Public Relations from Ball State University (’18), experiences at both institutions laid the groundwork for her career in higher education fundraising. Shelia-Marie’s excited to join the Flagler College family during such a pivotal time in their growth as an institution and to advance their annual giving initiatives 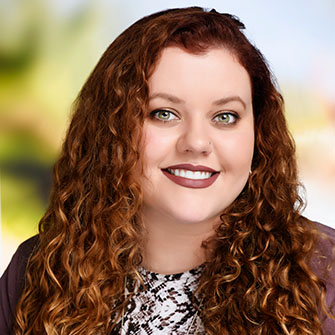 Emily grew up in the small town of Live Oak, Florida, and relocated to Saint Augustine in 2015 to attend Flagler College. She graduated from Flagler in 2018 with a degree in Fine Arts and minors in Graphic Design and Illustration. She has spent the prior ten years working in the hospitality industry and the last year in catering and restaurant management. Emily is ecstatic to return to her alma mater and assume the position of Annual Giving Coordinator. 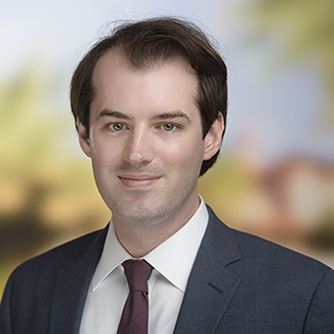 A 2012 graduate of Flagler College, Jay, earned degrees in English and philosophy. He initially worked with the Office of Institutional Advancement through Flagler's work-study grant during his three-year enrollment at the College and joined our department in 2013. 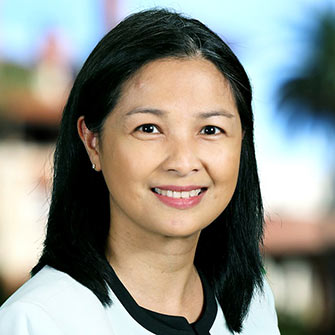 Josephine joined the Office of Institutional Advancement in December 2017 after relocating from Williamsburg, VA. She holds a Bachelor’s Degree in Business Administration with a specialization in Accounting from Saint Leo University. She worked at the Institute for the Theory and Practice of International Relations/AidData – a research lab for international development at the College of William and Mary as Financial and Business Analytics Manager for grants and contracts and previously worked for Northrop Grumman Corporation as Program Cost Control Analyst at Fort Eustis, VA. She is thrilled to have joined another institution that makes a difference in society. 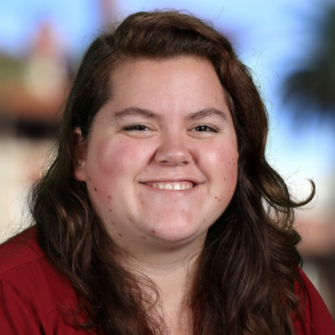 Originally from Denver, CO Erin attended Flagler College and earned her Bachelor's degree in Business Administration. Upon graduating in 2017, she decided to stay in St. Augustine, and in May of 2018 joined the Office of Institutional Advancement team as a Database Specialist. As an alumna, Erin is excited to be a part of her alma mater and is looking forward to working with the College. 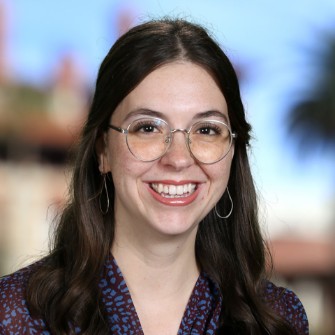 A 2017 graduate of Flagler College, Emily earned a degree in Art History, with minors in History and Films Studies. During her time at Flagler College, she interned at the Crisp-Ellert Art Museum and in the Flagler College Archives. She joined Institutional Advancement in 2019. 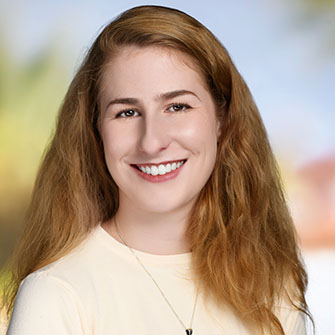 Originally from Massachusetts, Becky attended Flagler College and graduated in 2015 with a major in English and a minor in Art History. She went on to get her Masters in English at Oxford University. Upon graduating from Oxford, she worked as a flight attendant for five years and had the matchless opportunity to travel the world. Becky returned to Flagler in 2021 as an adjunct in the English Department and to join the Office of Institutional Advancement. 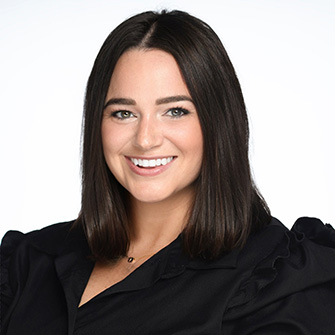 Whitney graduated from Flagler in 2007 with a degree in Theatre Arts. During her time as a student, Whitney was a tour guide at Flagler’s Legacy and, upon graduating, became a member of the College Relations team. Whitney spent the last five years in New York City working in luxury hospitality as a Concierge. She is thrilled to be back at her alma mater as Director of Alumni Relations and looks forward to serving the college and its alumni. 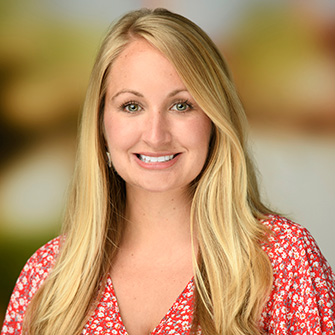 A Florida-born native, Tarrah graduated from the University of Central Florida with a degree in Hospitality Management in 2014. She moved to St. Augustine directly after graduation to pursue the hospitality world in St. Augustine's beautiful historic downtown. Tarrah worked at the Casa Monica Resort & Spa for several years as the concierge. The rich history inspired her to obtain a Graduate Certificate in Destination Management & Marketing. Tarrah is delighted to join the Flagler staff and have the opportunity to enrich the alumni community. 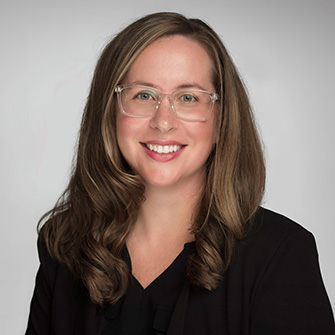 A 2007 graduate of Flagler College, Stephanie holds a bachelor’s degree in Sport Management. As a student, she worked in the Office of College Relations through Flagler's work-study grant program. After graduation she went on to work with a small, local, non-profit for low-income, high-risk youth. She also served two years in AmeriCorps. In May 2012 she returned to Flagler’s College Relations team where she has served as Director of Special Events since May 2018. 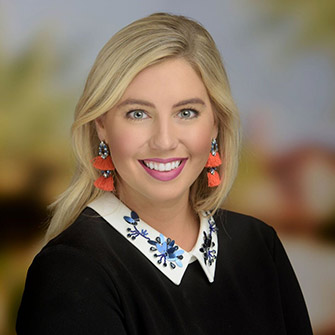 As a Florida native and alumnae of The University of Alabama, Carice is delighted to be planning events in her hometown of St. Augustine. While in Tuscaloosa, Carice had the opportunity to gain experience in both sports and special events. Upon graduation she moved to Charleston, South Carolina, to continue working in the hospitality industry with the South Carolina Stingrays hockey team. In 2015 she transitioned to the wedding industry, continuing the work of event execution. Carice joined the Flagler family in 2018 and currently serves as the Assistant Director of Special Events. She loves collaborating to create meaningful events on campus. As an alumna of Flagler College, Jamie holds a bachelor’s degree in Strategic Communication (Public Relations). As a student, Jamie was involved with the Institutional Advancement and Admissions office as a work study intern and tour guide to prospective students and their families. Throughout her career at Flagler, she worked in the wedding industry as a day-of-coordinator, thus her love for events grew. After graduation, she gained extensive experience in the events industry via corporate, conventions, trade shows, weddings, and special events. In March of 2022, she returned to her alma mater where she serves as the Assistant Director of Special Events with great passion and a readiness to serve!

Originally from Tacoma, Washington Kourtney attended Pierce College with her AA in Art (’18) and relocated to the University of North Texas to obtain her BS in Hospitality and Tourism Management (’21). As her studies continued, Kourtney learned that she loved using her creative side to create memorable experiences to make people happy. After graduation Kourtney has gained experience working in events with corporate officials, business owners, and has delegated full venue buy outs.