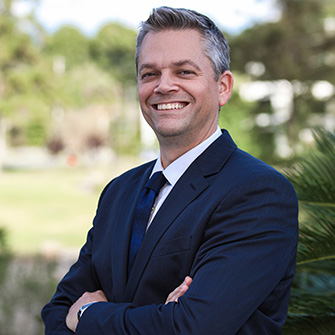 Panel Chair and presenter
“The Military and the Masculine: Creating a Boys’ Culture of Militarism in 20th Century Wars”

International Conference for the Society of the History of Children and Youth. June 2019
Australian Catholic University. Sydney, Australia

Panel Chair and Presenter
“Sunday Schools and Battlefields: Anglican Religious Education during the First World War” International Conference for the Society of the History of Children and Youth. June 2017. Rutgers University

“A Wholesome Discipline: British Youth in the Established Churches during the Great War” International Conference for the Society of the History of Children and Youth. June 2013. Nottingham, UK.

Select Publications
“Church Brigades and Battlefields: Militarizing British Boys Prior to World War I” (forthcoming, Journal of the History of Childhood and Youth)

Review of Olsen, Stephanie. Juvenile Nation: Youth, Emotions and the Making of the Modern British Citizen, 1880-1914. New York: Bloomsbury, 2014. Journal for the History of Children and Youth.

Dr. Wayne Riggs is Dean of Flagler College-Tallahassee and the Division of Continuing Education.  In this capacity, he oversees programs that prioritize the needs of the communities’ workforce.  His passion for higher education stems from his background as a first-generation college graduate.

At Flagler-Tallahassee (a degree-completion campus in the heart of the state capitol) Dean Riggs is dedicated to strengthening the unique partnership between Flagler College and Tallahassee Community College, which provides all students a cost-effective opportunity to complete their bachelor’s degree. Dean Riggs led the Campus during the unprecedented response to the Covid-19 pandemic and pivoted the campus’ infrastructure, faculty, and staff to support virtual classroom instruction and student-teacher interaction.

Prior to becoming Dean of the Tallahassee Campus and Continuing Education, Dr. Riggs served in a number of administrative and faculty leadership positions at the College. He was appointed the inaugural Dean of the School of Humanities and Sciences.  His emphasis on “leadership by consensus” established an atmosphere of cooperation and trust during a period of transition.  In that role, he fostered interdisciplinary collaboration, oversaw the reform of several programs, ensured the creation of a major in Anthropology, and promoted experiential learning as an essential aspect of all academic programs. Dr. Riggs also served as Chair of the multi-disciplinary Humanities Department and led efforts to design the College’s new Core Curriculum – grounding it in distinctive skills and the college’s Core Values.

As a professor of history, Dr. Riggs focuses on World War I and Children’s History. His forthcoming article in the Journal for the History of Childhood and Youth, “Church Brigades and Battlefields” examines the profound impact of the brigade movement on the militarization of British youth prior to World War I.  In the classroom, he emphasizes experiential learning through study abroad.  In addition to leading short-term programs, he has developed partnerships with the University of the Highlands and the University of Wurzburg – creating opportunities for faculty and student exchanges.

Throughout his career, Dr. Riggs’ commitment to higher education and service to students have been foundational to his development as a faculty member and administrator. His role as leadership role at the Tallahassee campus and in Continuing Education allows him to continue serving students in their journey of transformative learning, and engage in the educational stewardship of our communities.