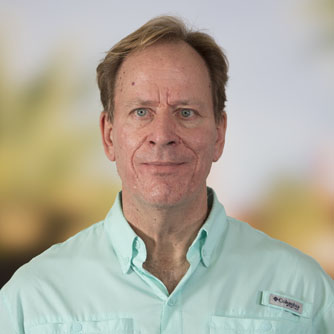 Eaton has a master’s degree in journalism from Temple University and a bachelor’s degree in political science and Spanish from Rutgers College. During college, he spent his junior year abroad at the National Autonomous University of Mexico in Mexico City.

Professor Eaton earned a Bachelor’s Degree in Political Science from Rutgers and a Master’s degree in Journalism from Temple University.  Professor Eaton was the Dallas Morning News bureau chief in Cuba from 2000 to early 2005.  Before that, he headed the paper's Mexico City bureau. A former Fulbright scholar, he has been a journalist and photographer since 1983.  He has been a staff writer at seven daily newspapers, including the Miami Herald.  He was metropolitan editor at the Houston Chronicle before moving to Florida.  Eaton is also a freelance journalist. His stories have appeared in hundreds of online media outlets and most major U.S. newspapers. Clients have included NBC News, USA Today and the Florida Center for Investigative Reporting

Eaton is a member of Storyhunter.com, an online community of more than 20,000 freelance videographers. He became an FAA certified drone pilot in 2017. Eaton is also a member of Investigative Reporters & Editors and the National Press Photographers Association.