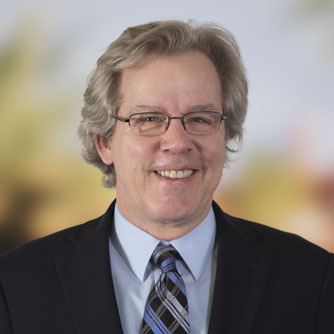 Timothy J. Johnson is the Craig and Audrey Thorn Distinguished Professor of Religion at Flagler College (United States). He received his Doctorate in Sacred Theology from the Pontifical Gregorian University (Italy). He came to Flagler College in 1998. A Senior Fulbright Scholar and Chair of the Research Advisory Board of the Franciscan Institute, he has held visiting fellowships at Cambridge University (England), Dresden University (Germany), and Eichstätt-Inglostadt University (Germany). He has been invited to be a visiting professor at the Pontifical Antonianum University (Italy), Saint Bonaventure College (Zambia), and Saint Bonaventure University (United States). Flagler College nominated Dr. Johnson twice for Carnegie Professor of the Year award.

Dr. Johnson is the author of The Soul in Ascent: Bonaventure on Poverty, Prayer, and Union with God (Franciscan Institute: reprint 2012) and the co-author or translator of twelve books with two more forthcoming. He has authored fifty-five journal articles and book chapters with three more forthcoming. Recent publications include the co-edited The Prayed Francis: Liturgical Vitae and Franciscan Identity in the Thirteenth Century (Franciscan Institute: 2019) and Preaching and New Worlds: Sermons as Mirrors of Realms Near and Far (Routledge: 2019). Dr. Johnson serves on the Roman Catholic Historical Commission charged by the Vatican with investigating the possible canonization of the Native American Antonio Cuipa and Companions.

In November of 2019 he discovered a previously unknown 1628 work by Fr. Francisco Pareja and his Timucua co-authors in the Codrington Library at All Souls Library at Oxford University. Flagler College News: Flagler Professor Discovers Unkown Spanish Timucua Book While on Sabbatical

While his primary area of expertise is the history of Christian spirituality and theology, Dr. Johnson enjoys teaching courses as diverse as Religion and Film and Sacred Space. He has led study abroad programs to Germany, Israel, Italy, and Mexico.

Articles and Chapters in Publications

Introduction to Franciscans at Prayer

The Franciscan Fascination with the Word