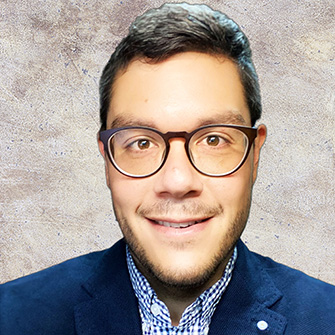 Nicholas B. Miller is an intellectual and transnational historian who has recently turned to the emerging field of the history of knowledge. He studies European colonialism during the eighteenth and nineteenth century, particularly relating to plantations in their variegated forms. He remains fascinated by the figure of John Millar (no relation), subject of his first book, and is especially intrigued by the methodological complexities of writing about social, economic and discursive change in anomalous historical political contexts, namely the nineteenth-century Kingdom of Hawai‘i.

Miller is the author of John Millar and the Scottish Enlightenment: Family Life and World History (Oxford, 2017) and co-editor of Cameralism and the Enlightenment: Happiness, Governance and Reform in Transnational Perspective (New York, 2020). He has published in a wide range of international venues, including International History Review, Portuguese Literary and Cultural Studies and Ayer. Forthcoming studies include a comparative study of indigenous kingship, liberal cosmopolitanism and colonialism at the courts of nineteenth-century Johor and Hawai‘i (Oxford University Press) and a study on the polemical reception of John Millar among early twentieth-century German sociologists (Edinburgh University Press). He is currently working on two books on the history of knowledge. The first is an edited volume project on plantations. The second is a monograph on European thinkers in nineteenth-century Hawai‘i.

Miller joined Flagler in 2020 after holding a series of postdoctoral fellowships in Lisbon, Göttingen and Mexico City. He was recently awarded a major grant from the European Commission, entitled Migrating Knowledge: The Global Knowledge Networks of Global Medic, Botanist and Migration Commissioner Wilhelm Hillebrand in Hawai'i (1821-1886).

Miller teaches courses in early modern and modern European history as well as the history of European colonialism in Asia. His courses embrace transnational and global history approaches. He also leads study abroad courses to Lisbon, his favorite city in the world.

Drawing on his highly mobile upbringing across the U.S. Sunbelt and over 15 years’ residence in Europe, Dr. Miller is excited to expand students’ horizons at Flagler College with courses in European and Asian history that draw on connections with our unique setting of St. Augustine.