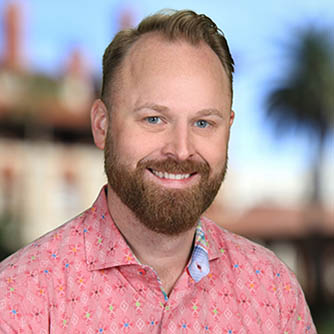 Kip Taisey joined the faculty at Flagler College fall of 2015 after acting professionally for 10 years, five of which were spent in New York City.

Taisey’s choral training and experience lies in the chamber setting as well as vocal jazz, having studied with and learned from master teachers/practitioners like Dave Barduhn, Vijay Singh, Kirk Marcy and Dr. Karyl Carlson.  He has arrangements and compositions published through Sound Music Publications.

He holds an MFA in Musical Theatre from University of Central Florida and a BM in Choral Music Education from Central Washington University.