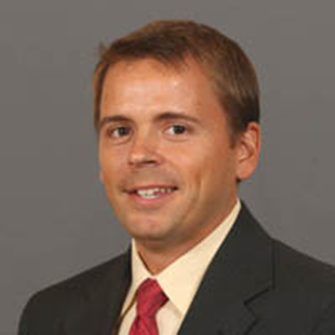 Brian Beil starts his third season as the cross country coach at Flagler. Hired in 2011, he is the seventh head men's coach and the eighth head women's coach.

He has coached Corey Mundy to an all-Southeast Region and back-to-back all-Peach Belt Conference honors. Taylor Strekel has also earned consecutive all-conference honors on the women's side.

Beil served seven years as the head men’s and women’s cross country coach at George Washington University in Washington, D.C., a member of NCAA Division I and the Atlantic-10 Conference. He also spent three seasons (2001-03) as GW’s assistant coach. Prior to his time at GW, Beil was a volunteer assistant coach at his alma mater East Carolina University.

At GW, Beil had plenty of success recruiting in Florida. He has recruited nine student-athletes from the Sunshine State in his career, including three from Melbourne on the 2010 rosters. Beil recruited two more student-athletes, one from Tampa and the other from Titusville, for the upcoming season at GW.

While at George Washington, Beil’s teams have combined for seven first-place team finishes, and he has had over 30 student-athletes combine to earn 65 commissioner’s honor roll certificates. He has also seen a pair of runners earn academic all-conference honors, including two-time A-10 Student-Athlete of the Year Megan Hogan.

Hogan has starred for GW under the tutelage of Beil. Not only academically, but she is a two-time NCAA All-American and has won back-to-back A-10 Championships. Last fall, Hogan became the first woman to run a sub-17 minute 5K time. Her time of 16:56 bested the previous record by 27 seconds.

Numerous schools records have fallen since Beil has been at George Washington. As an assistant for the men, he helped guide the team to consecutive top five finishes at the A-10 Championships, the team’s highest finishes since 1994.

Beil lettered all four years at East Carolina and earned his bachelor’s degree in health and human performance in 2000. A captain and team most valuable player as a senior at East Carolina, Beil was part of three record-setting relay teams in his career. In 1999, he was presented with the ECU Men’s Cross Country Prestigious Pirate Award which honors the recipient for outstanding achievement in the classroom and on the field of competition.