Study Abroad in Belize: Students partner up with non-profit to help save a critically-endangered turtle

Six Flagler College students recently returned from a 10-day adventure in Belize, where they worked on research to help save the critically-endangered Hicatee turtle, experienced first-hand living sustainably deep in a tropical rainforest, witnessed wildlife thrive in its native habitat and snorkeled the country’s barrier reef.

Their study abroad trip was part of a collaboration with the Belize Foundation for Research and Environmental Education (BFREE), a conservation organization that aims to conserve the biodiversity and cultural heritage of the Central American country. Flagler’s Dr. Ben Atkinson led the program. It mainly focused on Hicatee turtle research but also provided students an introductory glimpse into the life of a wildlife biologist. Days were filled with hiking in the heat, recording field notes, photographing animals, interviewing locals and students immersing themselves in the host culture. 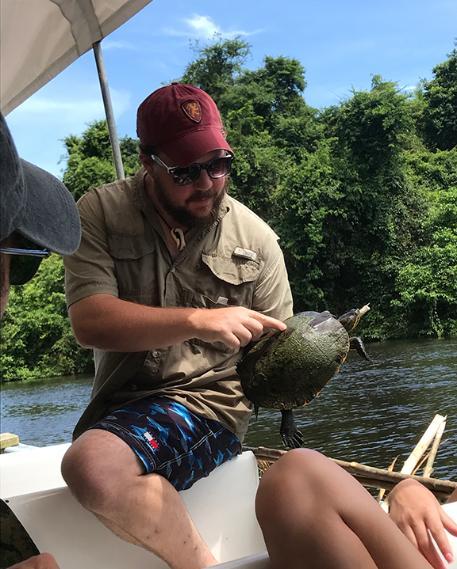 “It was great to expose students to wildlife and wildlife research. They were able to contribute in a small way to a conservation group that is helping to save a critically-endangered species.” — Dr. Ben Atkinson (pictured above) 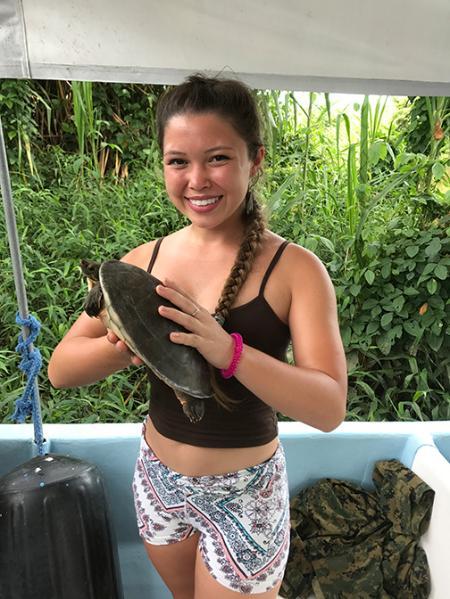 “It was amazing seeing the work being put in to save the endangered Hicatee turtles — from watching them hatch at the BFREE field station to participating in mark and recapture efforts.” — Kacy Rodriguez (pictured above) 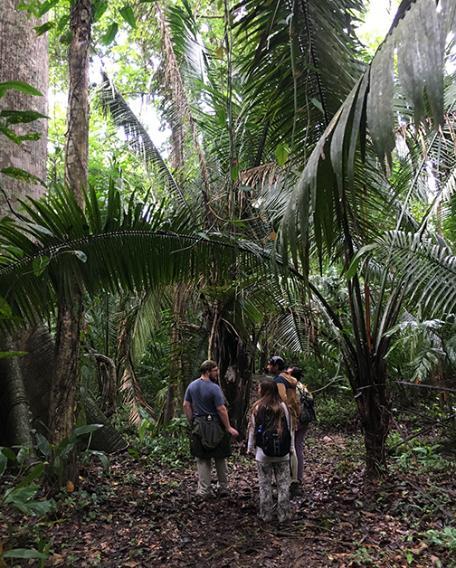 “It seems like culture and heritage in Belize is closely tied to the diverse natural ecosystems which have been around since the beginning of civilizations, whether it be specific Mayan tribes or immigrants. As a Sociology major and Environmental Science major at Flagler, I think it was an incredibly interesting intersection between those two areas of study.” — Ali Mulla 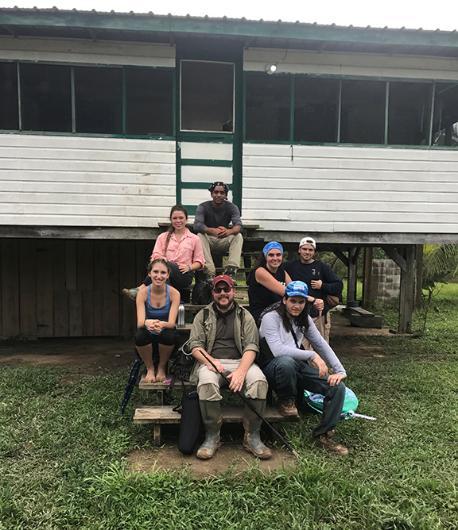 “Students really got a sense of what it’s like to live off the grid. BFREE is living off solar power, composting toilets. It’s kind of like Swiss Family Robinson…shacks on stilts. The Hicatee Research and Conservation Center has essentially a couple of big ponds fenced in with solar/electric fencing. It reminded me of Jurassic Park, but with herbivore turtles.” — Ben Atkinson 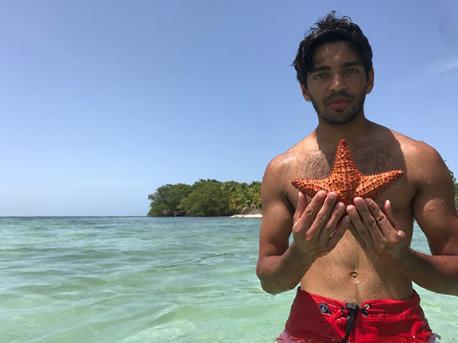 “I think what stood out to me the most about Belize was the close proximity to some of the most diverse ecosystems to which Belizean people lived; and at the same time many Belizean people are not only deeply interested in the nature surrounding them, but also advocate and practice environmental stewardship.” — Ali Mulla (pictured above)