Story and Photos by Jordan Puyear With over 21 years of experience running Mailroom Services at Flagler College, Terry Bennett has seem his share of mail coming and going for students, faculty and staff. But this year has seen a massive shift. “This fall, we received more mail than we’ve ever received before,” he said. 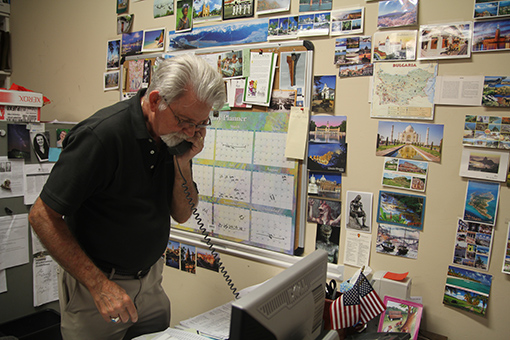 “I started the mail business when I was in the Army. I was stationed in Hawaii and I was in the infantry. One day they said ‘who wants to learn how to do the mail?’ I thought that’s going to get me out of having to go out in the field so much. Well, it didn’t, but I started doing it and then I realized how very important the mail was. We had soldiers over there in my unit and these guys would be waiting for a letter from their wives, girlfriends, or family. They depended on these letters. They would ask me everyday if they had any mail. Even though I knew they had nothing, I looked because it was important to them. I brought my past experiences with me to Flagler. Everybody’s mail is important.” 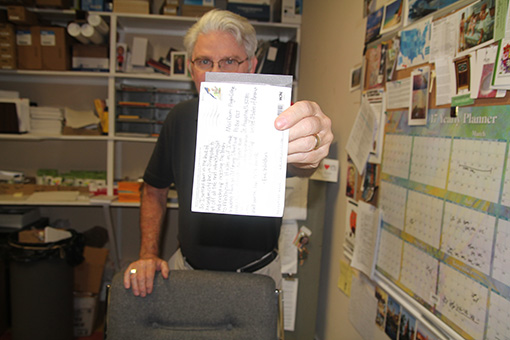 “I saw a big change once email became popular. We used to have 100 slots here in the mailroom for notes between students, faculty and staff. We used to put up around 1,000 notes a day; that was our email. When email came, the slots were gone. When I first started here, both on and off campus students had mailboxes. We only have 1,230 mailboxes so students were sharing mailboxes, which caused a lot of complaints. Eight or 10 years ago, we got rid of that policy.” 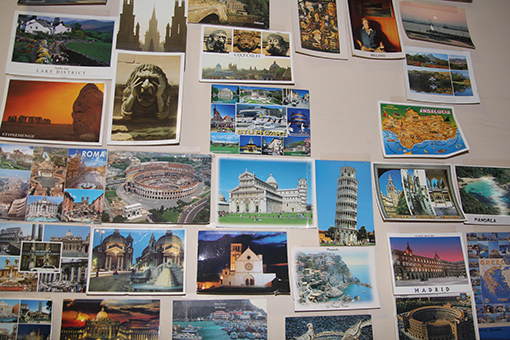 All the walls in Bennett’s office are covered in postcards from around the world. It was during his first years at Flagler that Bennett was introduced to work grant students from foreign countries. Due to Bennett’s love of travel and photography, he asked these students if they could send him postcards from wherever they were from. This started a Flagler tradition, and his collection has since continued to grow.

“I always asked them what it’s like to live where they live, because I would love to go to all these places. At the end of the school year, I asked them if they could send a postcard instead of taking pictures. That’s how it all got started. After the first couple of them, people would come in and tell me where they were going, and they said they would also send postcards, and it just kept going. They love it.”