The “Spotlight” series offers a glimpse into the lives of those who work behind the scenes to provide an enriching Flagler College experience for students. Faculty and staff featured in the series will be included in the bi-weekly faculty and staff newsletter. 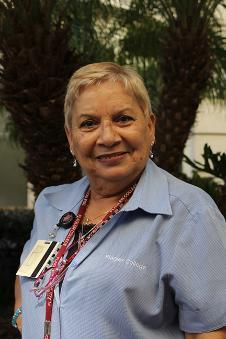 After 17 years of arriving at the break of dawn to begin her housekeeping shift, Manuela “Manny” Rodriguez finally gets to sleep in. The Flagler College staff member, known for her signature spunk and contagious laughter, retired this week.

Rodriguez started coming in to work earlier than her scheduled shift soon after she started in 1999 when she realized it would be better if the campus bathrooms were cleaned before people arrived to campus. Every day, by 5:58 a.m. she would clock in at the Maintenance compound, grab a quick coffee and fetch her cleaning cart.

Along her daily cleaning route, from Kenan Hall to Proctor Library, FEC residence halls and Markland House, she enjoyed hugs from enthusiastic students and shared tales of living in Puerto Rico (where she was born) and of her growing grandchildren, now seven and 14 years of age. 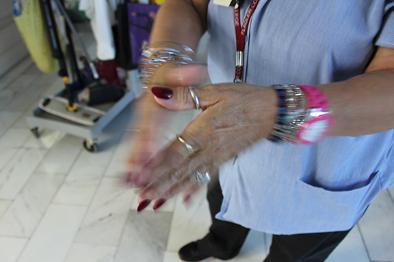 “In my job, I’m running from place to place. You can’t stop. If people want to talk, they’re asking me, ‘Manny, how you doing? What about this, what about that…?’ and I’m saying ‘Oh, really, oh yeah I know…’ as I’m rushing to open and tie the trash bags.” 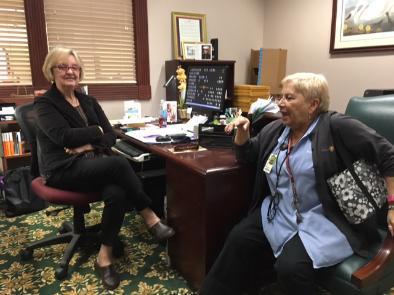 “I’ve seen a lot of people come and a lot of people go. I’ve made a lot of friends here. This green chair here is what Peggy and I call the confession chair.” Manny pictured with Librarian Peggy Dyess. 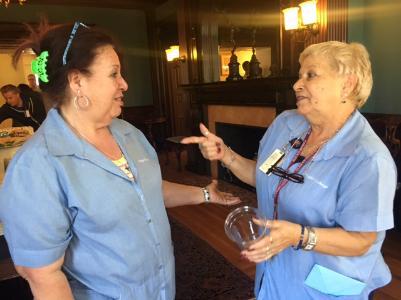 “The only thing I’m going to regret is leaving my friends — especially one. She’s been through it all, the same as I have. We’ve been there for each other, and that’s Ana (Lugo, pictured above). She’s like my sister. We’ve cried on each other’s shoulders. We’ve both lost our parents. It’s been a hard, hard trip, but we’ve made it through.” 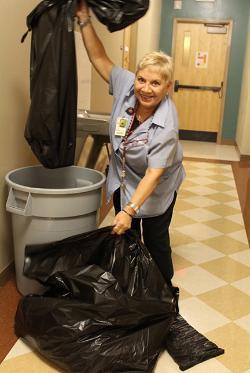 “People used to asked me, 'Manny, when are you going to retire?' And I’d say, 'I don’t know, it’s a long tunnel and retirement is that light at the end.' This past year, I realized it was time. The light was right there. Seventy is a big number. I used to have more energy than I do now.” 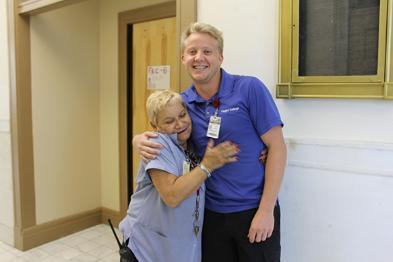 “I’ve loved this job. Coming here everyday was like coming to work with family. I’ll still be coming by, because you know, I’ll miss it.” Manny pictured above with co-worker Jared Mowry.