The “Spotlight” series offers a glimpse into the lives of those who work behind the scenes to provide an enriching experience for Flagler College students. Faculty and staff featured in the series will be included in the bi-weekly faculty and staff newsletter. 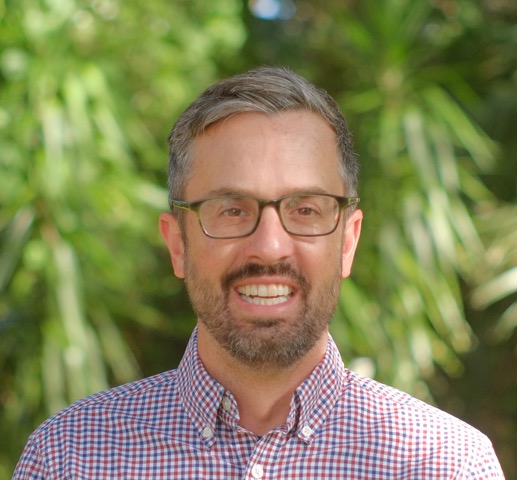 Associate Professor of Art History Dr. Chris Balaschak recently returned from a trip to New York City with colleagues Sara Pedigo and Julie Dickover and 16 Flagler students, where the group toured "the Met" and other museums to experience first-hand the power of art.

In addition, he will be participating in the triennial International Association for Word and Image Studies conference in Lausanne, Switzerland this summer, where he will present a paper about the photography book “Evidence” (published in 1977) and its relationship to the rise of the information economy in the Bay Area. After his trip he’ll attend a seminar at the Yale Center for British Art focused on “Landscape and Identity in Britain and the United States, 1770-1914” in July. 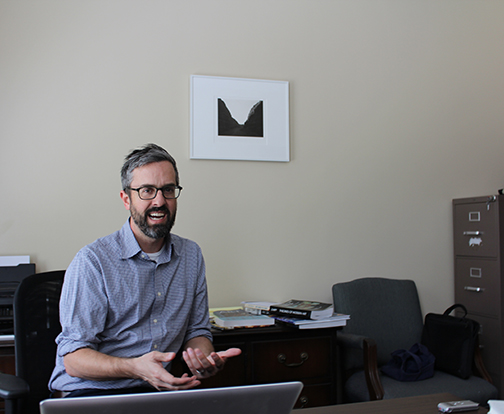 "When I came on board in 2010, I started the Art History program, and I’ve been coordinating that ever since. We currently have about 30 students in the major. One of the things we’re trying to do more of is launch more experiential projects — by having students do internships in College Archives, at the Crisp-Ellert or in town." 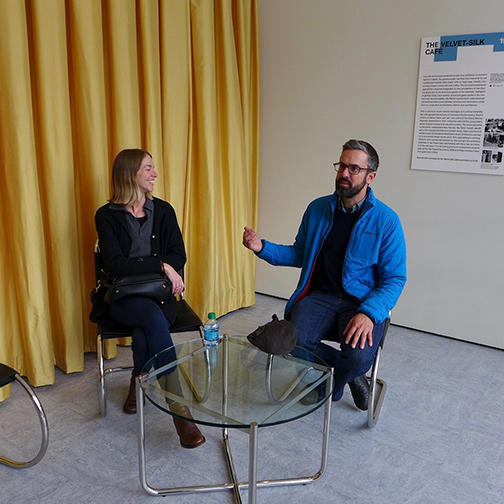 At the Museum of Modern Art in New York City

"Sara’s (Pedigo) the best. She started the New York Study Away trip eight years ago. We all have great bonds within our department. It’s nice that we have our own building, the (Crisp-Ellert Art) museum and social events that bring us together." 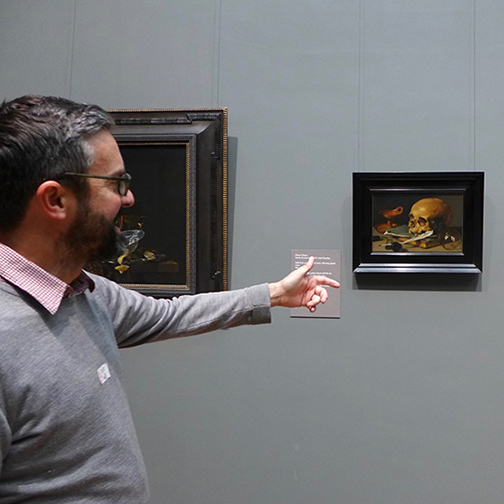 At the Metropolitan Museum of Art in New York City

"This is 'Vanitas,' by Peter Claesz, and it’s one of the many paintings in the Metropolitan Museum of Art that I teach in Art History. I teach the symbolism in it — the skull represents ‘memento mori,’ the symbol of death. Other elements speak to vanity. We also talk about it in the context of post-Reformation and Protestant ethics. The painting reminds viewers to not place too much value in material goods, and thus reinforces spiritual commitment. It’s great for students to be able to see in-person what I teach in class." 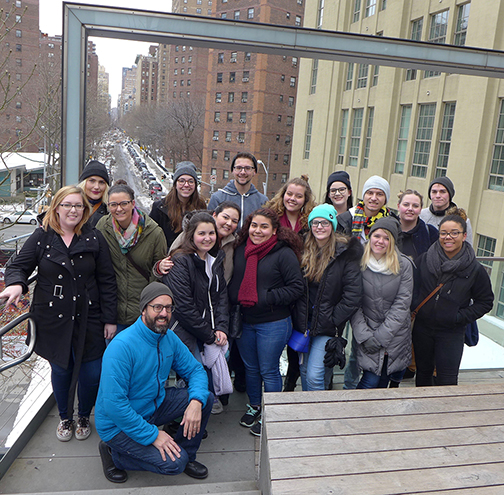 "The New York trip happened right after the big storm. It was freezing, but they loved it. There were so many students on that trip that saw works of art in person and became emotional. Seeing it there (in New York) reinforces its value, its material craft, the value of something touched by Van Gogh. While we were there over four days, we went to museums and also talked to an alum as well as curatorial staff at The Studio Museum in Harlem, and a registrar at the Whitney Museum. Students really came back knowing what they want to do with their lives. They were inspired. The trip is exhausting but amazing."