In a major milestone for Flagler College Athletics, men’s and women's lacrosse began their inaugural seasons this month with the opening of the new Lacrosse and Intramurals Field at the Athletics Complex. The last time Flagler added a sport was in August 2014 with men’s and women’s indoor track and field. 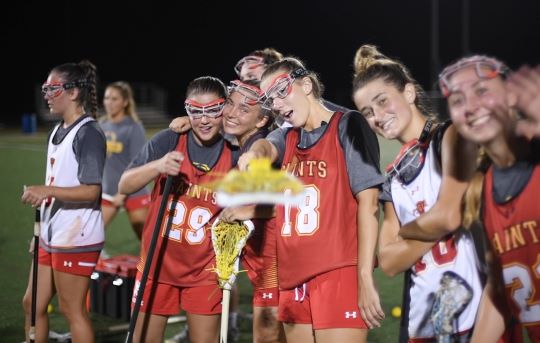 Flagler announced the addition of lacrosse in September 2019, along with men’s and women’s outdoor track and field, and made the new field a strategic priority for the College.

The men’s team will have seven games on the year to help break in the new field as they begin to play in their first season, with their inaugural home game coming Feb. 26th against Florida Southern at 2 p.m. The women’s team initiated their 17-game regular season on Feb. 9th with an overwhelming 25-4 victory against Webber International in their inaugural home game. This is the beginning of a five-game homestand to open the season for the Saints.

“This is a big moment for Flagler College,” said Jud Damon, Flagler’s Director of Athletics. “The addition of men’s and women’s lacrosse as NCAA sports at Flagler College marks the start of a new era, and we are thrilled that Opening Day has arrived. Much gratitude is extended to our Flagler College Trustees and Presidents who have led the way in making this happen."

The new state-of-the-art field, stadium and training facility on Old Moultrie Road in St. Augustine will also include a concession area, seating, press box, parking and separate men’s and women’s locker rooms and is expected to cost $3 million when the third phase is completed. Recruiting for lacrosse has been very strong with approximately 100 students deciding to attend Flagler to compete in NCAA Division II lacrosse. So far, more than $900,000 has been raised toward the project, including $485,000 from Flagler Trustees.

Flagler College Board Chairman and ’79 Flagler alumnus Rick Groux was instrumental in helping launch the program, as well as making a major donation of $200,000 for the field and facility.

“As a former student and athlete, it is very exciting to be a part of the discussion and implementation of a new intercollegiate athletic program at Flagler,” said Groux. “The Flagler Athletics program has excelled in developing the character of our student-athletes, and the incorporation of the lacrosse students into the Flagler student community will be a major benefit to the College.”

Brad Chasteen, President and CEO of Welcome To Moe's, Inc., which owns and operates more than 50 Moe's Southwest Grill restaurants in Florida, Washington, DC, Maryland and Virginia markets, has also been a major donor behind the launch of the new lacrosse program and gave $100,000.

“It’s amazing to see the Flagler lacrosse program finally come to fruition,” he said. “There was a lot of sweat and perseverance from the Flagler team that went into making it all happen. I’m honored to be able to help in some capacity. It’s great for Flagler College and for the lacrosse community.”

Chasteen said men’s Coach Brian Duncan has brought a lot of passion and drive to start the program, and that made him want to be part of its launch and eventual success. Duncan introduced him to the college administration a few years ago specifically to promote starting an NCAA lacrosse program at Flagler.

“The sport has been a big part of our family for the past couple of decades and given us so much,” Chasteen said. “We also love our community. We have tried to give back to the sport and the local community and promote it as much as we could over those years.

Chasteen’s restaurant, Moe’s Southwest Grill, has also been a supporter of Flagler Athletics for a number of years. 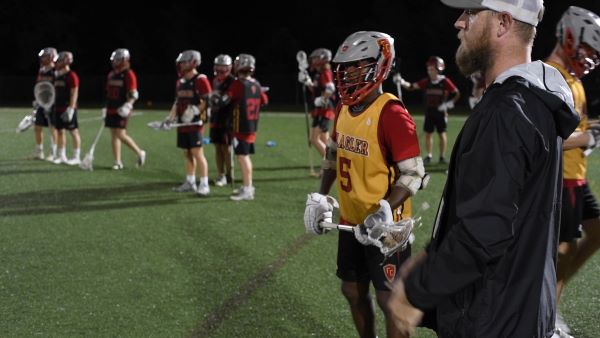 “We want to be a competitive group this year and work hard to improve ourselves week to week,” said Duncan. “Our goal is to make the final four in the Peach Belt Conference and give ourselves a chance for a conference championship appearance in year one. We want the student-athletes to hold themselves to a high standard and we tell them we will be kind, humble and hungry around our campus community.”

Men’s lacrosse is the newest sport added to the Peach Belt Conference. There are six institutions, including Flagler, playing the sport this spring: The University of Alabama in Huntsville, Lander University, the University of Montevallo, Shorter University and Young Harris College. Montevallo won the first conference championship.

“I could not be more excited to get this first season underway,” said Kelam. “You only get the chance to start once, and this is a very special moment to be a part of.”

The women will be playing in the Gulf South Conference in 2022. The GSC has sponsored women’s lacrosse since 2016 and is comprised of six schools, including Flagler. Those members are UAH, Lander, Lee University, Montevallo, and Young Harris. UAH has won two league titles, including last year.

“The women's lacrosse student-athletes are working extremely hard,” said Kelam. “It takes a lot of upfront work from the administration to lay the foundations for the coaches to come in and recruit the right student-athletes. It really starts with Mr. Damon and years of preparation working with the board of directors to put Flagler Lacrosse on a successful path forward.”

“I know the programs will have great support from the community and the student body, as well,” said Damon. “Most of all, we are excited for our student-athletes to have the opportunity to be a part of history as they compete in Flagler’s inaugural lacrosse season!”