This year’s Lewis-Wiley Scholarship recipients share something in common, beyond their outstanding ability to juggle academics and extra-curricular activities. Kamrin Bunn and Ryan Muscarella both have a passion for saving lives.

Bunn (below, left), of Palm Coast, devoted countless hours in high school to getting a Tobacco 21 ordinance passed to raise the sales age of tobacco products from 18 to 21 within Flagler County. Her efforts are part of a broader nationwide initiative to curb nicotine addiction, particularly in youth.

“I've seen many negative statistics concerning tobacco use and how it affects people, specifically adolescents, so when given the opportunity to positively impact our local community, I couldn't let it pass by,” she said. 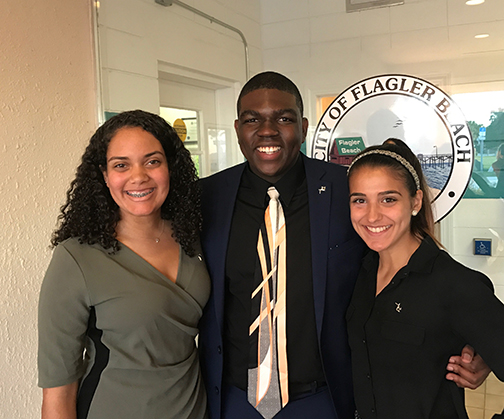 So far, Bunn and her high school classmates have secured letters of support from the Cities of Flagler Beach and Palm Coast, as well as a resolution from the City of Bunnell. Her work, she said, will continue even as she begins her studies at Flagler College this fall.

Bunn maintained a top grade point average in high school, while participating and taking leadership roles in organizations such as Student Government Association, Key Club, Habitat for Humanity, Interact Club and National Honor Society. She will be majoring in Media Studies at Flagler and is in the Honors Program.

“I've been in love with Flagler since around the eighth grade,” she added. “I was really adamant about going to a college that had relatively small class sizes so that I could build relationships with my professors and classmates. I believe this will help me get a better education.”

Fellow Lewis-Wiley scholar Muscarella (below) hails from Long Island, N.Y., where his love for the water at a young age translated into working as a lifeguard. During his junior and senior years, he made 27 saves, and last year, he and his team were lifeguarding national champions. 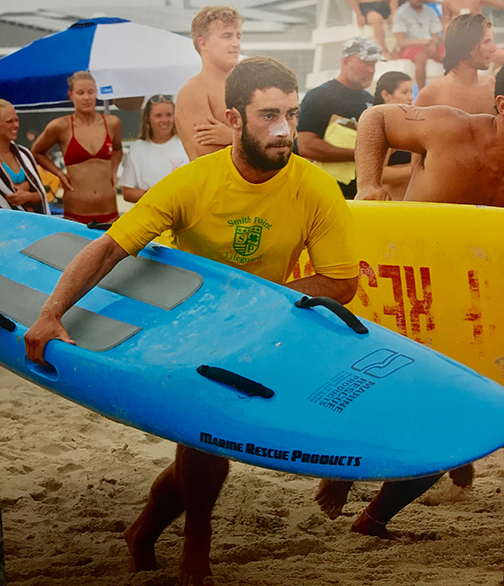 The Liberal Arts major was also very involved in community service and extra-curricular activities: He set up food drives and fundraisers for the underserved in his community, played soccer, was on the wrestling team and played the trumpet in his high school band.

As to taking the leap to move south to St. Augustine, Muscarella said he’s ecstatic to learn more about his new home.

“I am extremely thankful that I was given this amazing opportunity to become a part of the Flagler community,” he said.

The scholarship recipients join nearly 700 other new Saints this fall. The funds for the Lewis-Wiley Scholar Awards are provided by a private trust established by Mr. Lawrence Lewis, Jr., and his sister, Mrs. James L. Wiley.