From Saints to Co-Founders: Two Alumni and their story with GrassrootsK9

Starting an internationally known dog-training business was no easy task for a psychology/sociology and a public relations major. Still, Alison and Michael Nezbeth have found new success in this journey of their lives. 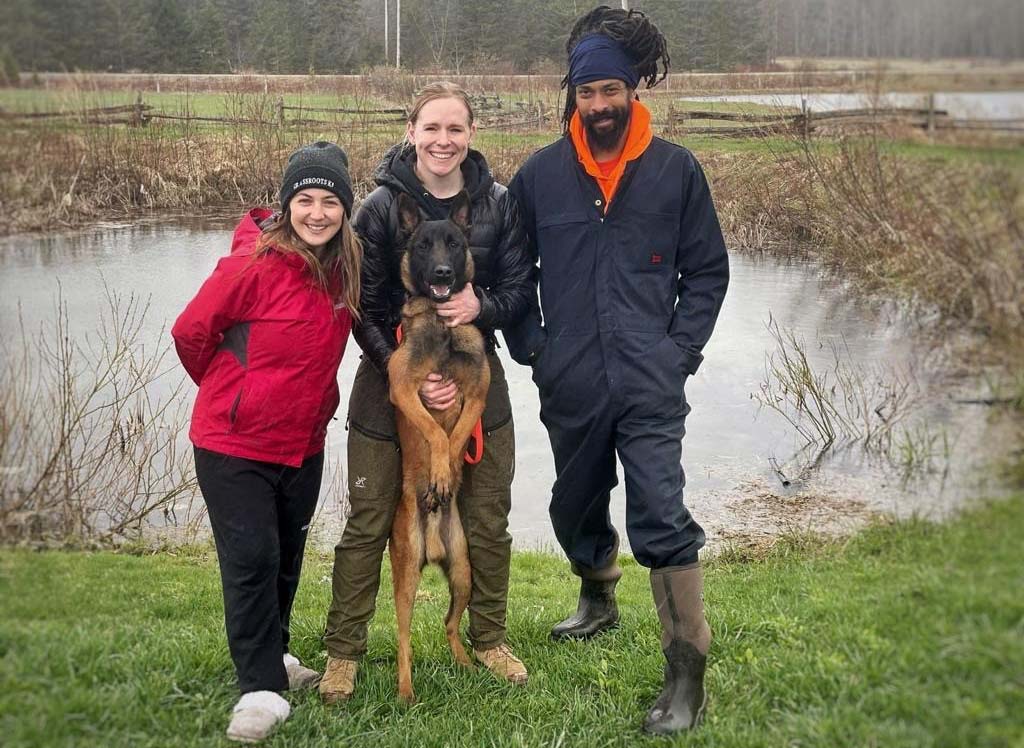 Alison and Michael Nezbeth posing with a dog

The two met at Flagler College, and Michael graduated with his degree as a double major in psychology and sociology. Alison pursued her passion for public relations and advertising and met Michael in her undergraduate years.

After graduating in 2012, the two stayed local in St. Augustine as Michael found work in the psychology field but eventually came across the idea to start a dog training business.

The vision for a dog training business came when Michael became a father. He desired to have a family-friendly dog to protect his household if needed. As a result, GrassrootsK9 officially launched in 2015.

“We had a couple of dogs at the time, so I would work on training things with them using training theories I learned in school,” Michael said.

After relocating to South Florida, Michael began working with dogs more closely and said what he learned in psychology at Flagler was more related to dogs than he initially realized.

The two made for the perfect team as Alison began working on the promotional materials for the company and eventually joined in on the dog training.

“When you say we’re dog trainers, it sounds like we don’t use what we did in our four-year degree. But, in reality, we use it every single day,” Alison said.

She also said how their experience at Flagler prepared them for all aspects of running a company.

“We’re known for our social media presence, marketing, and graphics. Together, I think that’s how GrassrootsK9 came to be,” Alison said.

After becoming established in south Florida, Alison and Michael brought their work across the states and had the opportunity to partner with police departments and their dog training programs.

The central work that GrassrootsK9 does with police departments is raising puppies until they are around 16 months old and then selling them to a department.

After the company’s success with raising the soon-to-be police dogs, GrassrootsK9 began directly working with police departments through training and other aspects. One notable partnership was with the Los Angeles Police Department.

“It [this experience] meant a lot to us at GrassrootsK9 to work with such well-known K9 programs. LAPD is known worldwide for all things police, and they are innovative in their dog and police training,” Michael said.

The two said their reputation and work with various police departments took them worldwide, including Australia and Ireland, before coming full circle and working with the St. Johns County police department.

“In October, we got to do some work with St. Johns County Sheriff’s office at a program, a non-profit that we’re a part of called K9s United that’s based out of Jacksonville, Fla.,” Michael said.

GrassrootsK9 now has five different locations where they specialize in police dog training. They also have expanded into pet dogs and even retail training.

Alison and Michael said that even though their work has taken them elsewhere, they will always hold Flagler College and St. Augustine close to their hearts. Flagler was where they met, fell in love, got their first two dogs, got married, had a child, and had a brilliant idea to start a company.