Spring 2022 for athletics has kick started with multiple inaugural seasons after the addition of men’s and women’s lacrosse and outdoor track & field. The idea of adding these programs to Flagler’s varsity sports goes back to 2019 when the athletic department officially announced the teams would officially start in Spring 2022. 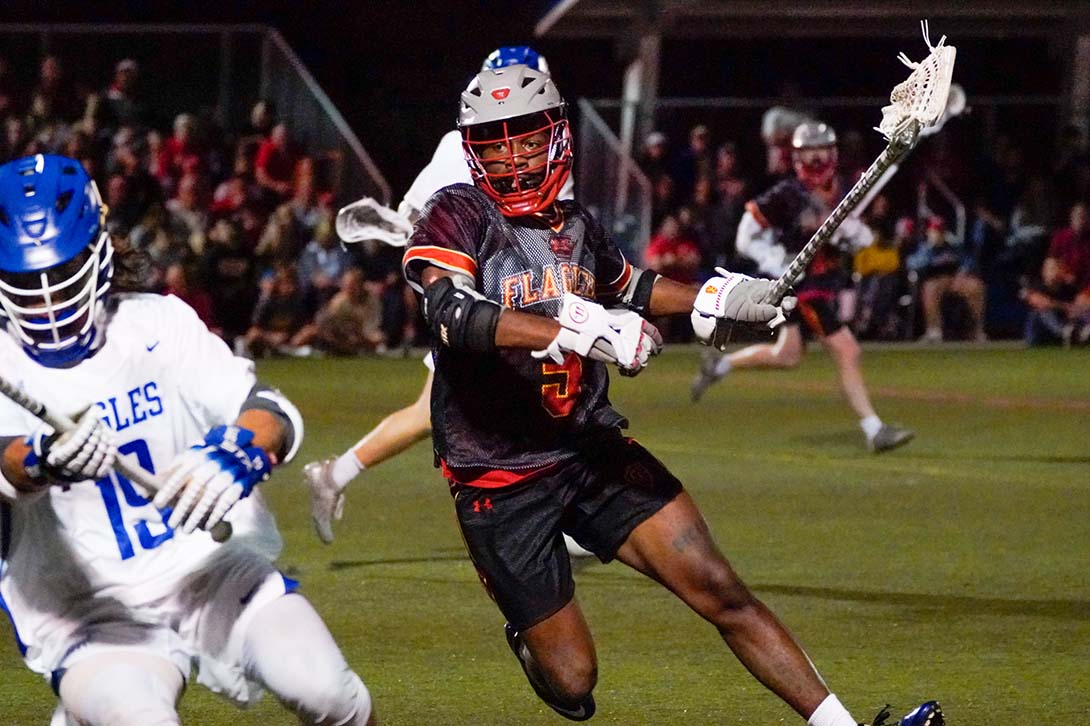 Lacrosse athlete, Ty Tom, on the field at the inaugural lacrosse game.

Both lacrosse teams have begun their inaugural seasons with tough opponents in both in-conference and out-of-conference play.

The men’s team started their season away against Embry Riddle Aeronautical University on Feb. 4, 2022. The Saints fell short to the Eagles with a score of 8-14. Ty Tom scored the first goal in program history and finished with a total of four goals for the Saints.

Many other players are not only looking forward to the rest of the season, but the future of the program.

“Our goal at Flagler is to play as a family, work hard every day and come together as a whole. We have worked very hard to get to where we are today, none of it could have been done without our awesome leader of a coach, incredible athletic director, sports staff and student body. The future of Flagler lacrosse is bright,” said Will Horn, sophomore defensive player.

The women’s team began their season on home soil at the brand-new lacrosse stadium at the Flagler Athletic Complex. They faced Webber International University and finished with a 25-4 win over the Warriors. Kate Piscopo, sophomore, scored six out of the 25 points for the Saints during the inaugural game.

Along with men’s and women’s lacrosse, Flagler also announced the addition of men’s and women’s outdoor track & field. Both teams started the Spring 2022 season at the Mondo College Invitational in early January. Jessie Mescal, senior, ran in the 1K race for the women’s team and finished eighth in the event for the Saints.

Jud Damon, Director of Athletics, understands the challenges that came with adding these new programs to Flagler.

“The processes of hiring coaches, recruiting players, and organizing the new programs have inherent challenges, but that comes with the territory,” Damon said. “While these additions have certainly taken a lot of hard work by a lot of people, the addition of men’s and women’s lacrosse –as well as men’s and women’s outdoor track & field – has been very satisfying and we know that they will provide the entire College with many benefits.”

For more information on future athletic events, visit their homepage or sign up for the athletics newsletter.