Flagler College handed out diplomas to 402 seniors on Saturday at the St. Augustine Amphitheatre, including 27 locals from St. Augustine and Ponte Vedra Beach.

President Dr. Joseph Joyner capped his first academic year in charge of Flagler and told students, “This marks the 50th year of Flagler College. You’ve made this year a memorable one.” 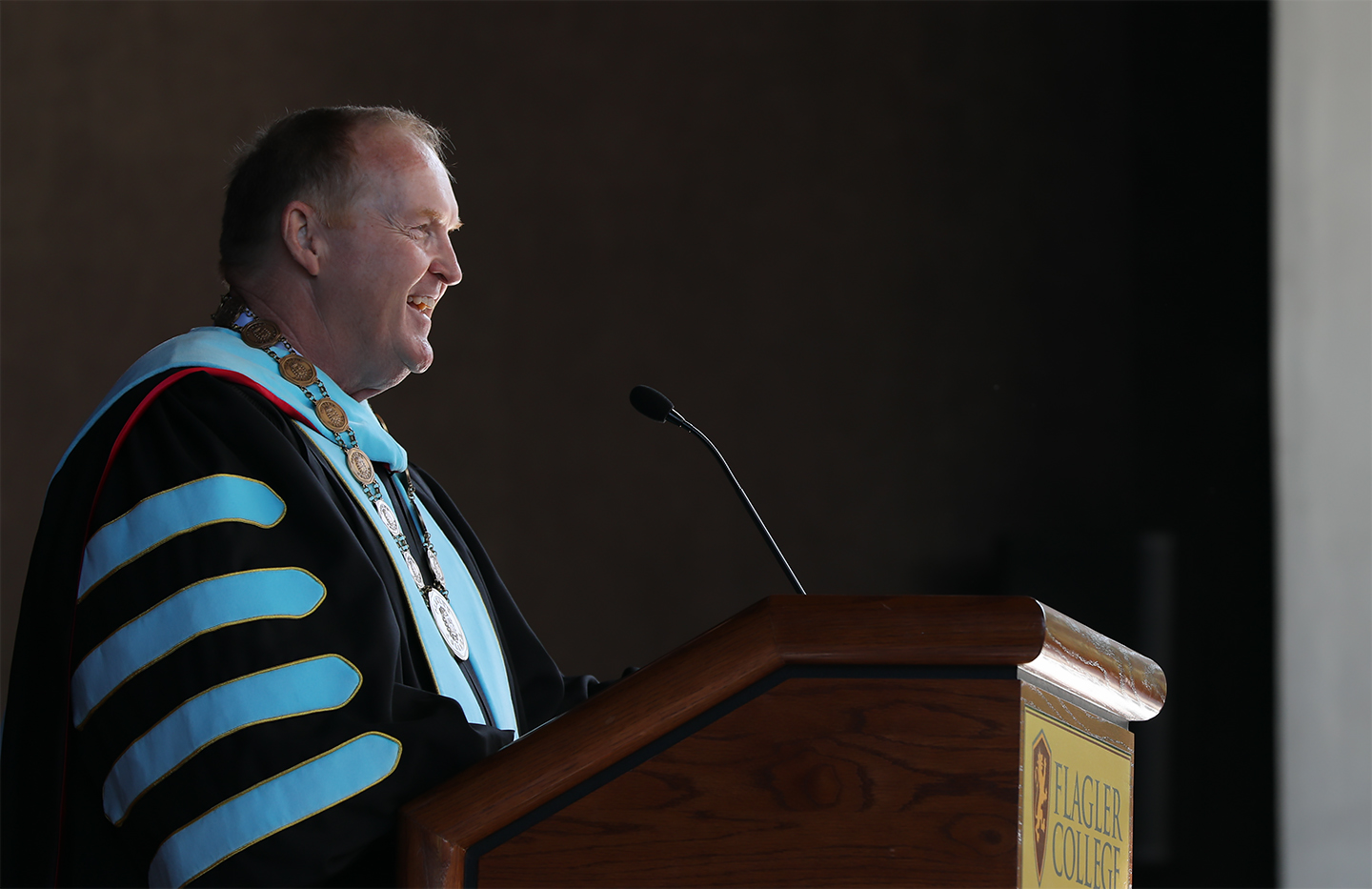 Armstrong and Quiñones are recognizable names within the Flagler community, as the two have carried the torch for Flagler College Volunteers, the on-campus service organization. Under the pair’s leadership, the program has flourished with two well-established annual community service days and a monthly “Dining with Dignity” service opportunity. They recently assisted with their last “Dining with Dignity” and were visibly saddened to leave. “It’s bittersweet,” said Quiñones, “but we know that the students will keep it going.”

Florida Rep. José Oliva, from the 110th district, greeted the graduates with stories about his familial background and his father’s successes. He advised them to “Know what you believe and stay the course,” and compared it to his family’s struggles and ultimate immigration to the United States from Cuba.

As their “way of saying thank you to Flagler College,” graduates Yasmeen Anis and Daniel Lee announced the record-breaking class gift of over 209 individual gifts totaling $6,500.

President of the Alumni Association, Michelle Pruitt Vijgen ’01, closed the program of speeches by welcoming the new graduates to the alumni Flagler family and giving them one last piece of advice. She said simply: “Stop. Savor this, relish it…as it will become a blur in your lifetime of memories.”

On Saturday afternoon, a second commencement ceremony for the Public Administration program graduated 18 seniors in the Flagler College Lewis Auditorium. This program encompasses the needs of public sector professionals with courses in public policy, budgeting and management, as well as human resources and grand writing. 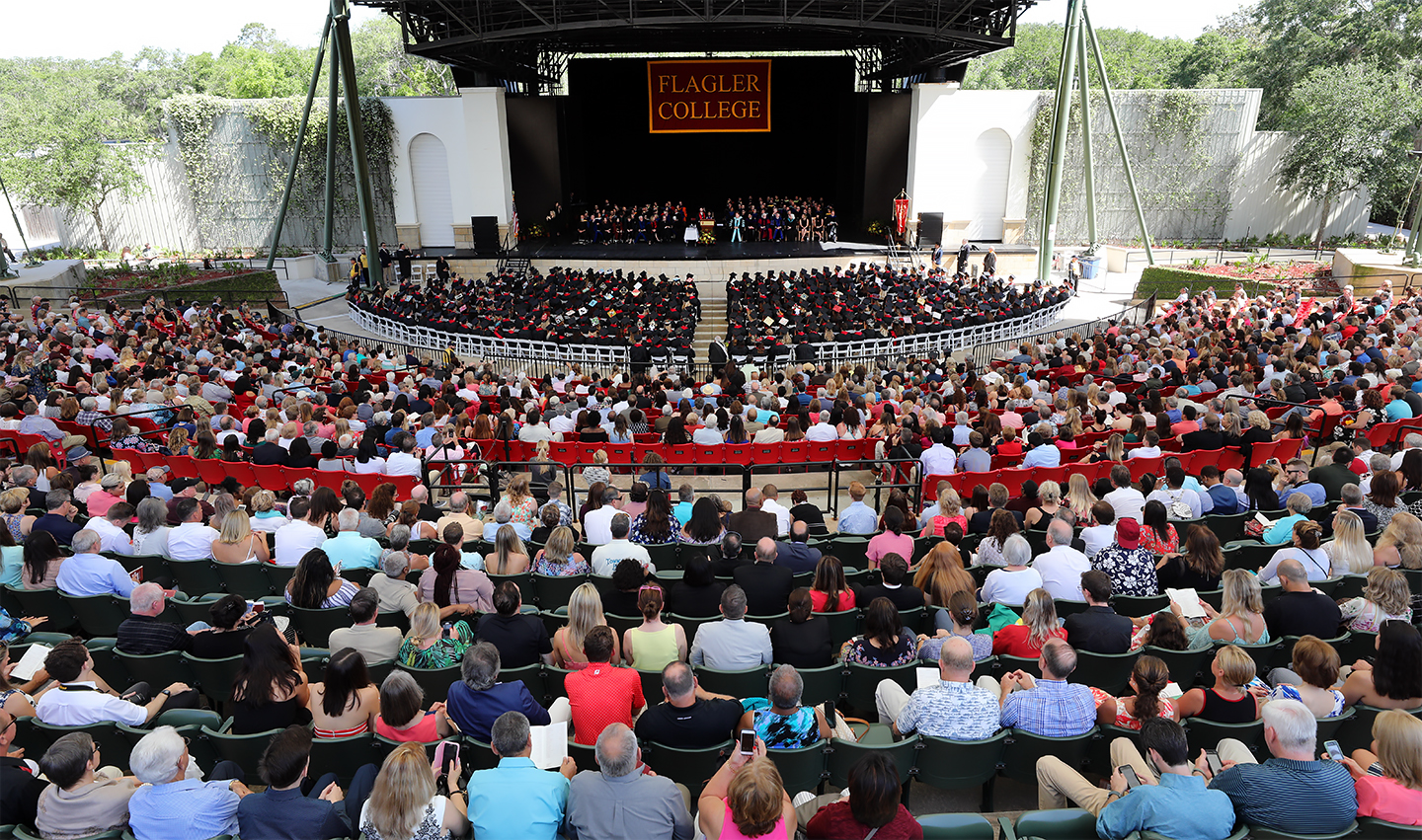