Ever since Dr. Darien Andreu arrived on Flagler's campus in 1987, she felt a calling to share the story of the Minorcan people and their influence on St. Augustine. 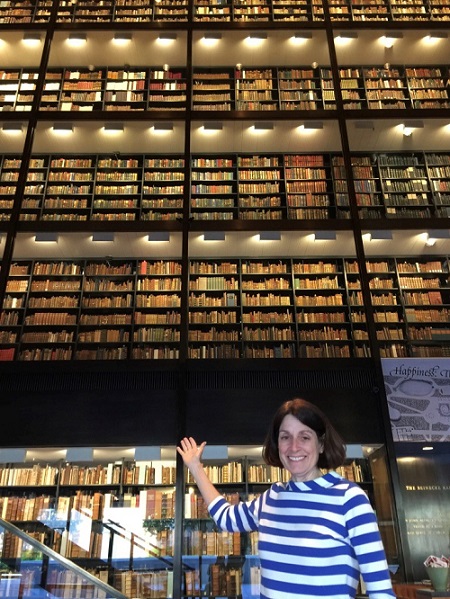 Thanks to the St. Augustine Foundation, she will finally get to tell their story. Dr. Darien Andreu is one of three Flagler faculty to be awarded dollars granted to the College by the St. Augustine Foundation. She has received $55,000 to explore further the Minorcan people's heritage and cultural impact on St. Augustine. This Minorcan Studies project will help define the Ancient City's identity and offer an immersive opportunity for Flagler College students to get involved in rediscovering history.

The study aims to paint an inclusive picture of St. Augustine's history. One that acknowledges the crucial role Minorcans played in shaping the Ancient City's regional heritage.

"Minorcan heritage is startlingly underappreciated. It's an old story. And it's a classic example of a group that immigrates to a new place, and along the way, they lose touch with their native language and the folkways of the old country," said Dr. Andreu

As an Associate Professor of English, one way she hopes to raise awareness of the Minorcans is through literature:

However, the story of the Minorcan people stretches far beyond their representation in literature. Their story is deeply entangled in the rich history and cultural identity of St. Augustine.

According to Andreu, the Minorcan people arrived in Florida in 1768 and came to St. Augustine in 1777. They escaped from New Smyrna, where they had worked beyond the agreed terms of their contracts as indentured laborers. Throughout the twists and turns of an ever-changing political climate, they remained in St. Augustine. Even after the British left and the Ancient City entered its second wave of Spanish rule, the Minorcans stayed. Presently, 26,000 Minorcans live in St. Johns County, and more are spread throughout the United States.

"For 250 years, Minorcans have been a part of defining St. Augustine's history, and yet the whole sweep of their cultural heritage and influence has only been lightly studied. Their closest historical parallels are the Cajuns in Louisiana and the Amish (or "Pennsylvania Dutch"), both groups much more widely known," said Andreu.

She continued, "With focus and effort, the Minorcan story can become invaluable to St. Augustine's national identity."

Andreu's identity as a Minorcan has played an integral role in wanting to educate others on the history of the Minorcan people. Her Minorcan heritage stems from her father's side. Her father, like so many other immigrants, felt the need to disconnect from his Minorcan roots to live his American dream:

"My father was born of both of a Minorcan father and mother. Like many recent Minorcans and people of ethnic communities, he did not find his heritage something to appreciate in his early years. It was my Irish-American mother who encouraged him," she said.

Andreu continued, "This was during the 1960s, a time when X.L. Pellicer, a St. Augustine Minorcan, a banker and civic leader, began to promote Minorcans reconnecting with their Balearic Island homeland and celebrating their American story."

Her father's reluctance to accept his heritage has inspired her to be a part of moving the Minorcans' story forward. She believes it's time to celebrate their lives through new books, websites, lecture series, and public outreach.

"There need to be new oral histories of Minorcan folkways— its musicians, artists, writers, and architects; its remaining shrimpers and fishermen; its lightkeepers and bridgetenders."

The Minorcan studies project has the potential to not only enrich the St. Augustine community by garnering a new appreciation for the oldest city in America's longest residence, but it will significantly improve the lives of Minorcans in St. John's County. According to Andreu,

"It will help transform how the Minorcans understand themselves and how the public values the Minorcan story. Given time and focus, the Minorcan story may become as important to St. Augustine's and this region's national identity as the Cajun and Amish heritage are to Louisiana and Pennsylvania."

Flagler College now joins a select number of universities and colleges across the nation that have invested in their cultural heritage: The University of Mississippi at Oxford (Southern Studies), Berea College in Kentucky (Appalachian Studies), and The University of Louisiana at Lafayette (Cajun & Creole Folklore).

Flagler students will get to play a crucial role in this study while also getting to engage firsthand with the community through experiential learning and service:

"With this Minorcan Studies Project, students will have an opportunity to connect very directly with St. Augustine, this place they are calling home for these important years in their lives. They'll be part of advancing the richness of Minorcan heritage in the way that narrating a more complete and inclusive history of a people and place deepens an appreciation for it."

"I'm looking for students to film oral histories, assist with a Minorcan Speaker series, and build a Minorcan Studies website."

These students will be presented with an extraordinary opportunity to accompany Dr. Darien Andreu on an exploration roughly 34 years in the making. One that will shed light on the immigrants who made St. Augustine the city we know and love today.