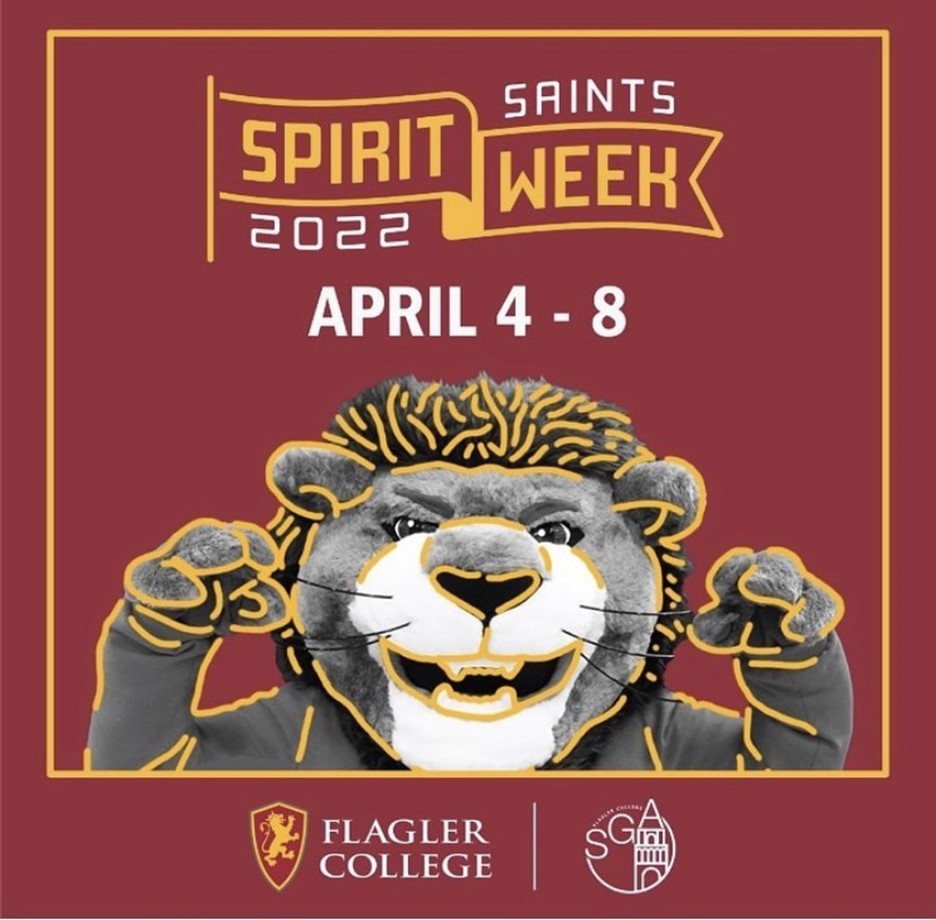 On Monday, a dunk tank was brought to the West Lawn where students could dunk their Student Government leadership team and two special guests. Also, a livestream event took place highlighting student experiences at the Florida Conference of Historians. 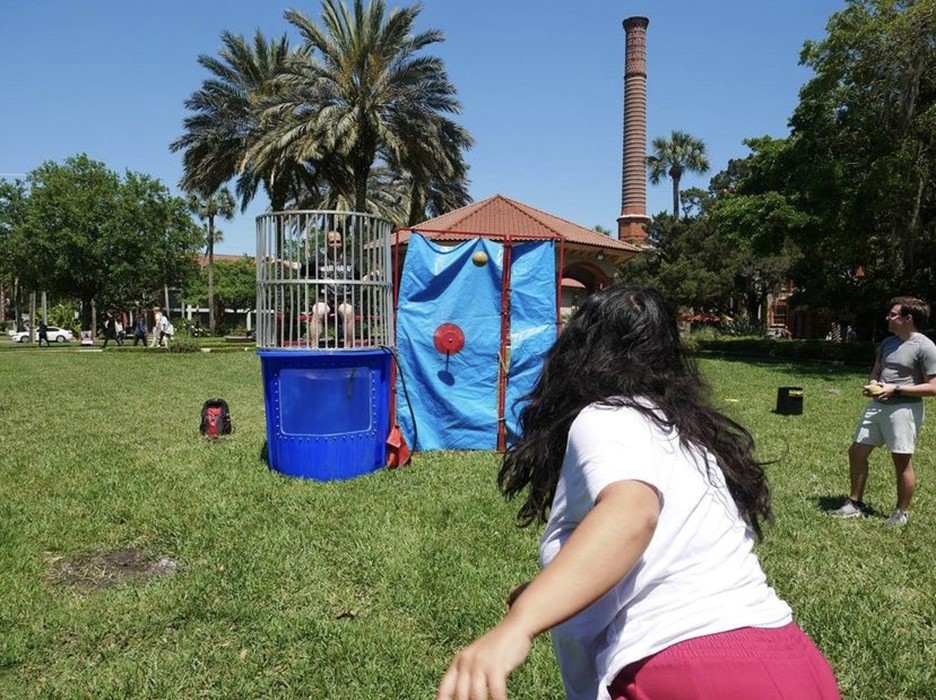 Tuesday brought two additional academic virtual livestream events along with athletic events in the afternoon. Flagler Fest, an annual tradition, was held at the St. Augustine Amphitheater and had multiple activities for the campus community. Two live bands performed at the backyard stage: The ACES and Surfer Blood. The festival also included free food trucks, multiple giveaways and a DJ performance by Flagler student Rory Thompson. 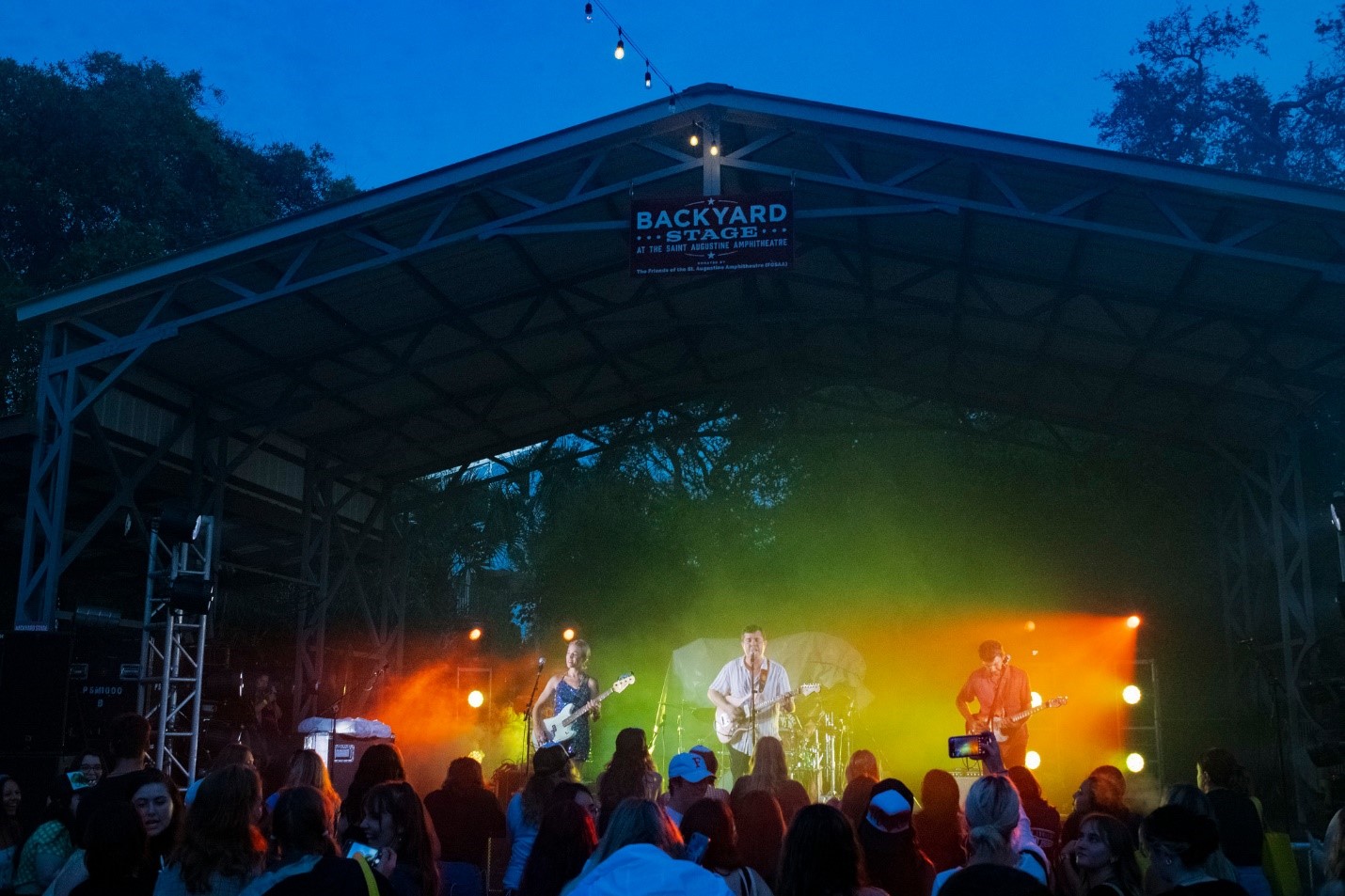 After coffee break hosted by Alumni Relations, Wednesday kick started Roar & Raise, Flagler’s largest fundraising event of the year. The two-day online giving event allowed students, faculty, friends and family to donate to their desired department, team, club or organization on campus. The day ended with the showing of the Great Gatsby in Gamache-Koger Theatre. 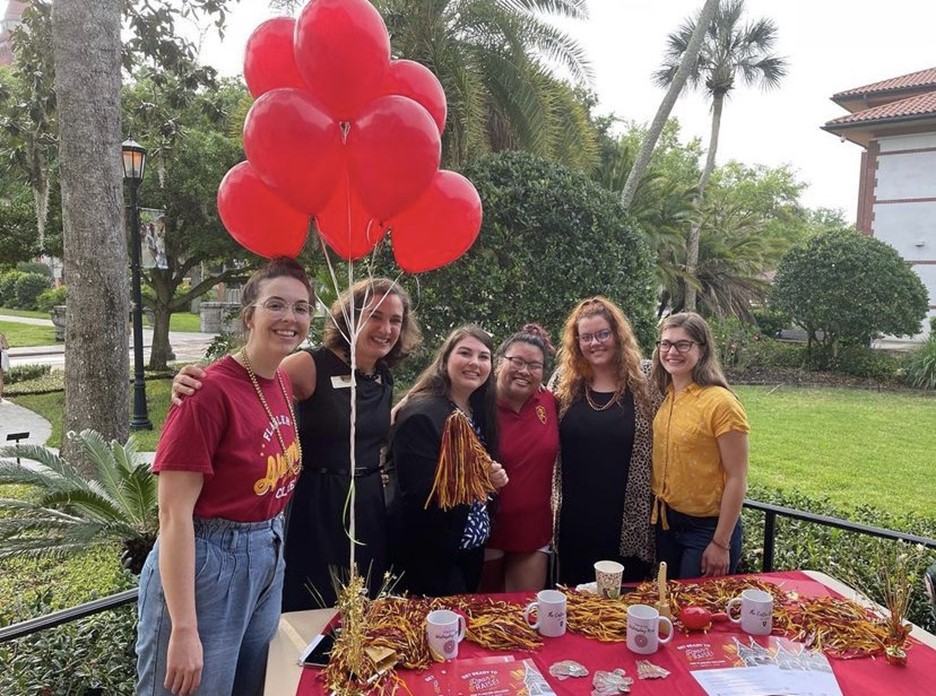 Faculty members had the chance to showcase the various FlagSHIP programs offered both on campus and aboard. At 6 p.m., a pep rally was held in the gymnasium for students to celebrate their Saints pride. Roar & Raise wrapped up with a record-breaking $ 900,796 raised from 1,844 donors. 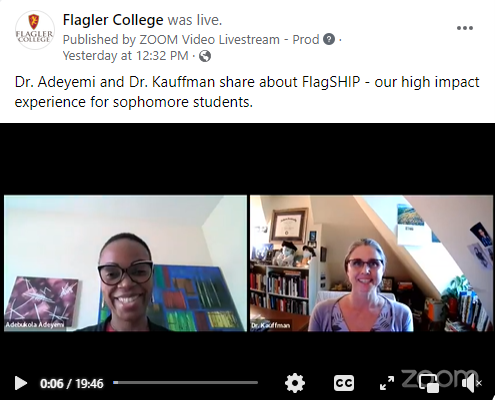 Screenshot of the livestream event to highlight the FlagSHIP program

The campus came together for Flagler Friday on West Lawn for a large-scale celebration. Activities included a Roar & Raise announcement followed by performances by the cheer team and pep band. There was also lawn games, free lunch, mocktails provided by the Little Bar Co., Hawaiian ice provided by Mr. Morgan’s shaved ice and much more. Men’s Tennis had a home match and the day ended at 8 p.m. with a Roarin’ 20s dance in the courtyard.