The Flagler College women's cross country team won their third consecutive Peach Belt Conference Championship title, and fourth all-time, in the fall of 2020 at the University of North Georgia-Gainesville course. 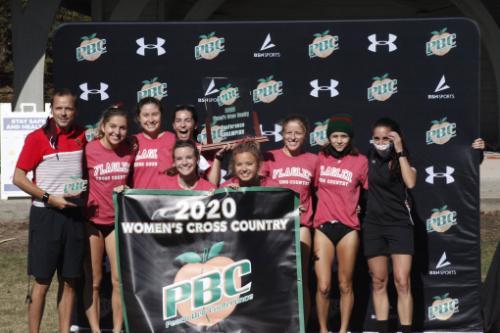 Flagler won by the slimmest of margins. The University of North Georgia and Flagler tied with 49 points. It was the first time in the 30-year history of the championship that a tiebreaker needed to be utilized. To break the tie, they took the average scores of both team's top five runners. Flagler was nine-tenths of a second faster than North Georgia.

Jessie Mescal led the Saints with a 5K time of 18:27.2, which was good for a fourth place finish.