Getting Back to Family

President Joyner announces retirement and leaves a legacy of service. 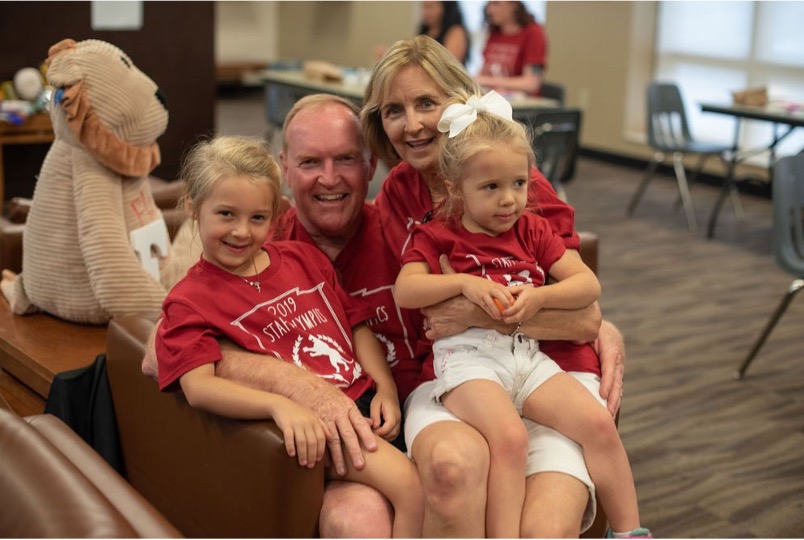 For Joseph Joyner, it has always been about family, whether it was at home or his adopted Flagler Family all across the campus. As he announced his retirement as president of Flagler College, he reflected on the importance of that for him, and how his decision was rooted in the need to get back to his personal family, whom he said has always had to sacrifice a lot for his career.

“I’ve spent almost 45 years in education and 37 of those have been in administrative positions,” he said. “I just feel it’s time to get back to Susan, and the rest of the family, and watch my grandkids grow up.”

But he said that won’t make leaving the College any easier. “I’m going to miss the wonderful people here, and especially the students,” he said. “It’s been a wonderful experience for me, and very rewarding. I really thank everyone and will miss everyone here,” he said.

Joyner plans to retire at the end of the 2020-21 academic year, after what will be four years in the role as Flagler’s fourth president. In a short time he made a noticeable impact on the campus, most notably with the launch of a new Strategic Plan in 2019, “Preparing for a Life Well-Lived.”

The plan included a revised mission and core values, the establishment of the Center for Advising and Core Experience, the Center for Teaching and Learning, the Office of Diversity and Inclusion, the development of the Flagler Sophomore High Impact Practice (FlagSHIP) program and many other priorities that will continue to be implemented over the coming years, and even after his retirement. 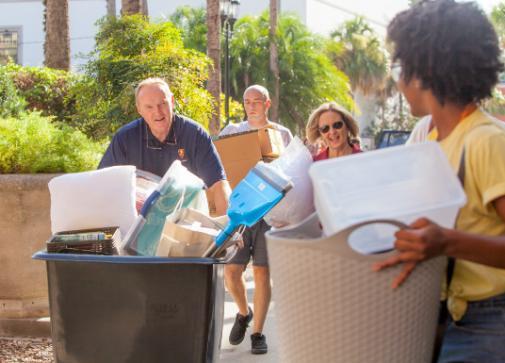 A focus on students first

But he said what makes him most proud are the students – their accomplishments and how they continued to excel.

“My favorite thing here is being able to interact with our wonderful students,” he said.

Rick Groux, chair of the Flagler College Board of Trustees, said Joyner helped bring significant forward movement since he took over in 2017.

“He came to the College with a call for everyone across campus to identify what greatness looks like,” Groux said. “In doing so, divisions and offices across the campus took up this challenge and witnessed remarkable accomplishments.”

Groux said notable include the most successful fundraising year in a decade, overall student retention rates increasing from 69% to 74%, new academic majors in Math, Anthropology, International Business, Computer Information Systems and Social Entrepreneurship, and reaccreditation for the College.

Even more impressive is that a large part of Joyner’s tenure was spent dealing with two hurricanes that had major impact on the campus in 2018 and 2019, and of course the ongoing global pandemic, COVID-19.

Joyner is quick to dismiss his own role in the many accomplishments over his time at Flagler, and says the real credit goes to dedicated faculty, staff, alumni and even students who put in the work to make Flagler better and achieve greatness. 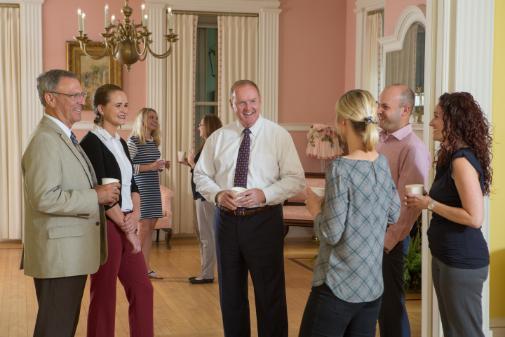 He said he was also proud to see how the campus embraced the College’s core values: transformative learning, citizenship with integrity, respectful and inclusive community and thought- ful stewardship. Those values, he said, have always been at the forefront of how he’s operated as president.

“When making decisions for the College, I often reflect on our core values,” he said. “In many ways they are our rules for living as a community and we constantly strive to stay true to those things we value most."

Joyner said even in the midst of dealing with the pandemic, the College still found a way as a community to “grapple with the present moment — to understand our own history and lived experiences, and to find ways to engage in open dialogue.”

After a year that saw national strife over racial injustice, he called for developing concrete plans guided by the core values to “adapt to a changing landscape, and which can serve as our compass through these uncertain times.” 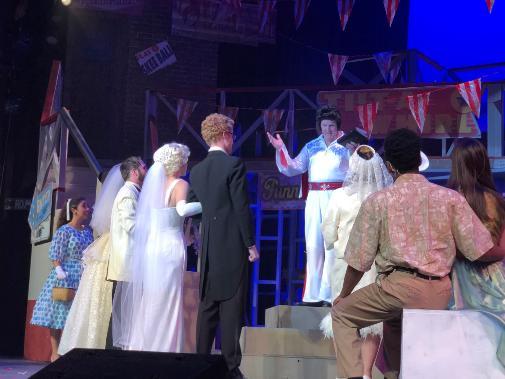 A lifetime in education

The entirety of Joyner’s career has been one rooted in education, and furthered by a passion for service and serving others.

He began in 1977 as a teacher and a coach. He worked his way up to principal in an economically and ethnically-diverse high school in Central Florida. Under his leadership, the school was designated as a National School of Excellence by the United States Department of Education. In 1993, he transitioned into administration for the school district that encompasses Orlando, eventually becoming area superintendent for the northwest part of the county.

In 2003, he was named superintendent of schools for St. Johns County, home to St. Augustine. The district was continually recognized as the highest achieving of Florida’s 67 school districts, and was also ranked among the top districts in the state in the percentage of money spent in the classroom.

He said education has always been his focus, and that it was something that has run in his family – from parents who were both teachers and his father later a principal, to his wife, Susan, who had taught for 28 years and even his daughters who were teachers.

“Watching my father work made me fall in love with the ringing of the bells. That’s why I wanted to get into (education),” he said in 2017, shortly after taking over the presidency. “There’s something magical about when you capture the enthusiasm or you can inspire young people. To see that inspiration and see students excited about learning new things, there’s something special about that.”

Joyner said he has been thankful to continue that passion in his time at Flagler, and is excited about the future of the College as it begins searching for its fifth president.

“I look forward to great things in the future for Flagler, and thank everyone for the support while I have been president,” he said.

With the planned retirement of President Joseph Joyner, Flagler’s Board of Trustees is planning a national search to find the College’s fifth president. Board Chair Rick Groux, ’79, has appointed Judge Chuck Tinlin, a trustee and 1979 Flagler alumnus, as chair of the presidential search committee. In addition, the College has retained presidential search firm AGB Search.

In December, Groux also announced that John Delaney had been appointed to serve as Interim President of Flagler College beginning in June 2021. Due to challenges from the COVID-19 pandemic, this appointment will allow the Presidential Search Committee the time needed to plan and conduct a national search. Delaney served 15 years as President of University of North Florida in Jacksonville, Fla., and before that two terms as mayor of Jacksonville. He brings an extensive collection of experiences to the appointment. As UNF president, he raised the profile of the institution by increasing the academic standards, implementing flagship academic programs and cultivating strong community.

The presidential search is expected to begin in the fall of 2021.