It stands for Flagler Sophomore High Impact Practice, an academic initiative for second-year students that is aimed at improving the student learning experience. But at its core, it's about something even more powerful: preparing students for a diverse world, and even making a difference within it.

Beginning in January of 2022, there will be approximately 30 FlagSHIP courses offered to sophomore students, and in May, another dozen. Courses span various disciplines, but they each focus on four central learning outcomes: cultural identity, diversity, inequity and the synthesis and application of diverse points of view to real-life issues. The courses will also have a range of different formats whether on-campus, integrating in some fashion with the community or even studying abroad/away.

To take a deeper look at FlagSHIP, and how it will impact Flagler students, we talked to three professors who are launching courses as part of this unique academic experience. From working with the homeless to exploring the culture of Ghana, they will teach students to see differences through a new lens.

Tackles Misperceptions of the homeless community 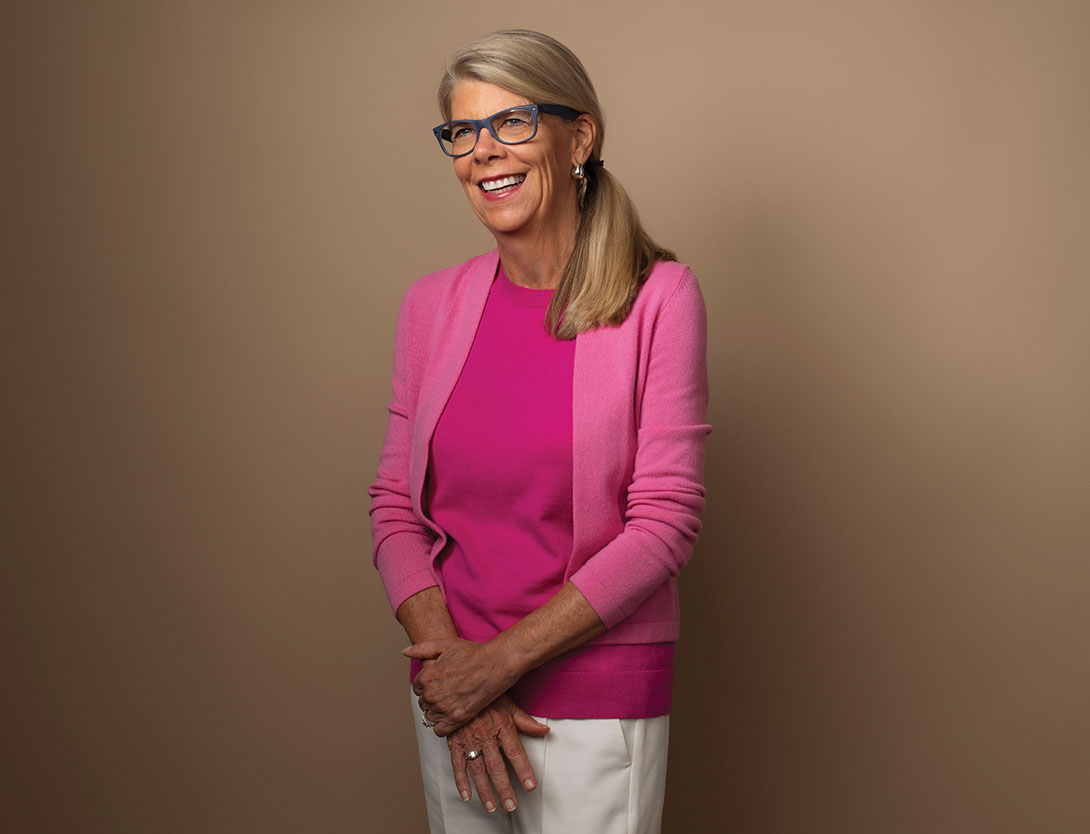 To the tourist, or even the eternal optimist, St. Augustine is a postcard city, graced with sunny skies and sandy beaches. But that glossy veneer, according to Visiting Lecturer in Communication Sandi Gehring, does not always reveal the truth, or at least not the whole truth. There's another side to St. Augustine's story.

“That side is homelessness,” Gehring said. “Whenever we walk to St. George Street for a coffee, we pass any number of people, asking for money, and who have nowhere to call home.” In Gehring's FlagSHIP course, titled “Unsheltered: Homeless and Voiceless in St. Augustine,” students will work with members of the homeless community through a local non-profit organization to create a speech called “Tell Them Who I Am.” As part of the project, students will recite the words and stories shared by homeless individuals — in effect, giving voice to an often-forgotten population.

“I tell my students, 'Before you walk by another homeless person on the street, just remember that they could be someone's father or brother or daughter and they have a story,” Gehring said. The course will combine experiential learning, analysis and storytelling to facilitate an understanding of homelessness. The idea for it was planted years ago, when the instructor—a former journalist and top marketing professional from Washington, D.C.—created a number of television programs focused on the topic. When she moved to St. Augustine with her family in 2017, she brought that same interest and passion to help to her new home.

“More than ever before, there is a lack of housing that low-income people can afford in St. Augustine,” she said. “Facing instability, eviction and homelessness, the unsheltered poverty survivors are a local, national and global issue. Homelessness is one of the greatest and most visible social ills of our time. Misunderstanding, misperceptions and apathy only increase the challenge to tackle the problem.”

As part of the course, students will spend one evening sleeping safely outside (as part of the national Sleep Out America campaign), “in support of those who have no choice but to sleep outside or in cars.” Social progress, Gehring believes, begins with greater understanding and empathy. “By giving an honest and compassionate voice to the individual stories of the homeless,” she said, “students will challenge their own attitudes and stereotypes about unsheltered poverty victims.” 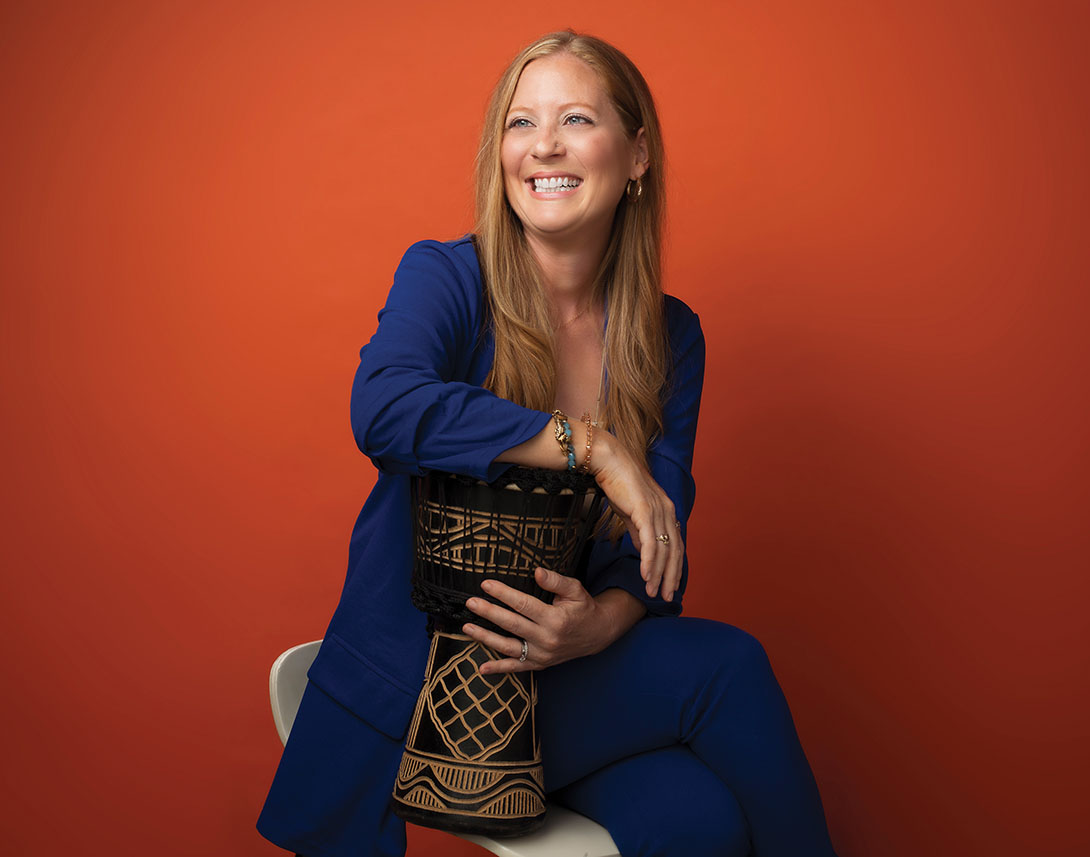 The proclivity to help others is arguably one of the most redeeming qualities of the human condition. But that does not mean that “good” help comes without introspection. As part of Instructor Lisa Fiala's FlagSHIP study abroad course, “Africa and Development: The Ghana Experience,” students will be taking a closer look at how non-governmental organizations engage in international development work. “Students will have the opportunity to meet with local NGO leaders to learn more about what they are doing on the ground,” Fiala said. “I want students to be able to learn more about their activities firsthand and develop their own opinions about development work there.” The course will begin with pre-departure work, where students will view films on Ghana and discuss key readings on cross-cultural engagement. Once they arrive in Accra, Ghana's capital, students will learn the basics of the Twi language, and tour local sites. Over the following two weeks, they'll visit several NGOs and listen to lectures on women, gender and development, technological innovation and education in Ghana.

Students will also be visiting Cape Coast Castle, where many Ghanaians were imprisoned before being forced to leave their country as slaves. For all activities, students will be prompted to write reflections about and discuss their insights. “I am hoping that with all of the activities combined students, will take away a greater appreciation of not only this new culture, but of their own as well,” Fiala said. “I hope they will learn to understand others more and gain a deeper understanding of privilege and how it relates not only to development work, but to themselves as individuals.”

Fiala, the former director of Flagler's International Center, has a special affinity for the country—she served there as a volunteer in the U.S. Peace Corps from 2003 to 2004. She has since worked extensively with international non-profit organizations.

"While I lived in Ghana, I am not Ghanaian, so it is important to me to have students listen and engage with as many locals as possible and let their voices take center stage in our experience. This program has really been built with that in mind so students hear the voices of local communities."

The FlagSHIP course will culminate in students delivering final presentations, in which they will analyze a development issue in Ghana and its trends, and will share their reflections with the class. “Students will experience a culture very different from their own while thinking critically about development issues and learning more about the needs and desires of local people,” Fiala said. In addition to the Ghana FlagSHIP course, Fiala will be teaching another in May of 2022 to Bulgaria—where she served in the Peace Corps from 2001 to 2003. 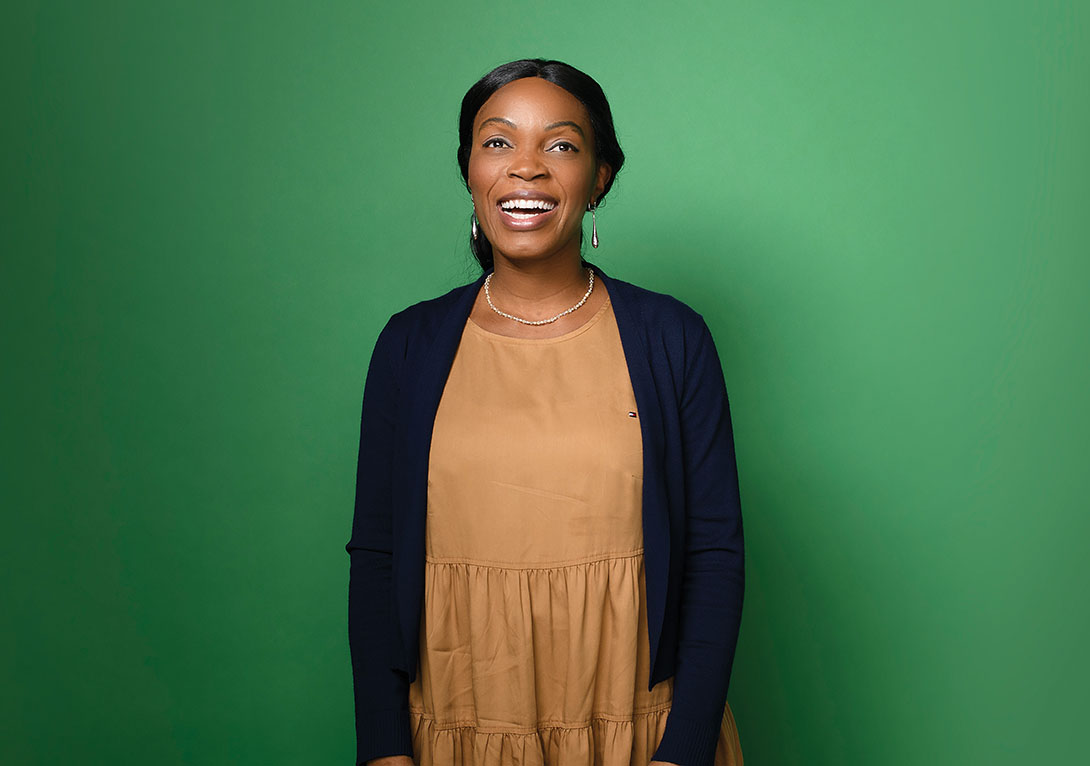 When people are asked to envision a mathematician, the figure imagined is overwhelmingly male. The same goes for perceived competence in math and science fields. A gender gap and stereotypes have been documented since the mid-1970s, when two researchers (Elizabeth Fennema and Julia Sherman) at the University of Wisconsin constructed a set of scales to measure attitudes towards mathematics. Since then, the statistical instrument has been modified to reflect changing times and cultural differences, but the results have continued to resonate a consistent theme: people still believe men dominate math and science domains. One FlagSHIP course aims to confront this inequity— “Biases in Mathematics, with a focus on Women,” taught by Dr. Adebukola Adeyemi, associate professor of mathematics.

“For centuries, despite numerous obstacles and challenges, women have been making huge impacts in the world through the field of mathematics,” Adeyemi said. She pointed to several contemporary examples, including that of NASA's “human computers,” a group of African- American women responsible for the math and science calculations of space missions in the 1950s. The story was largely unknown until the release of the film “Hidden Figures” in 2017, based on the book of the same name by Margot Lee Shetterly. As part of Adeyemi's course, students will travel to Kennedy Space Center in Cape Canaveral to see firsthand achievements made by female mathematicians. The idea is to reconstruct a narrative of women's role in math, while exploring more deeply students' own perceptions and biases.

“I'd like students to understand that power and privilege do exist and our biases shape how we perceive things, even in a mathematics classroom,” she said. But the course is not just a topic of interest for the math professor. Gender equality is an issue that has touched her personally. As a female, Nigerian-American mathematician, she has experienced the struggles of gender bias. “Can you believe that because of my non-English name and my doctor of philosophy degree, some individuals who are yet to meet or speak with me assume I am male?” she said. “In this day and age, such gender bias should not exist, but unfortunately it still does. My goal for offering this course is to shed some light on the issue, bring it to the awareness of the community and continue to dialogue.” In addition to unveiling concepts of gender bias, Adeyemi— who is also co-director of the FlagSHIP Program—hopes to inspire colleagues to reimagine the cultivation of intercultural competence in STEM fields. “Although it might seem challenging, FlagSHIP courses in our fields are possible,” she said. “I want to encourage all my colleagues to continue to engage in the topics of citizenship, diversity and democracy because it appears in all spheres of life and in all disciplines.”