Flagler College’s Board of Trustees has announced the appointment of John Delaney to serve as Interim President of Flagler College beginning in July 2021. Current President Joseph G. Joyner announced his retirement in November, and will step down at the end of the 2020-21 academic year after four years in the position. 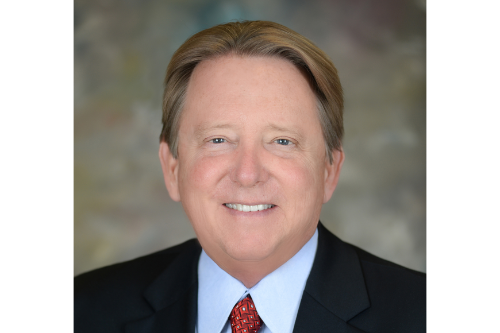 “I’m confident that Mr. Delaney’s background and career experiences will allow him to continue the forward momentum of the College,” said Rick Groux, Chair of the Board of Trustees and a 1979 alumnus of Flagler.

The appointment of Delaney will allow the Board’s Presidential Search Committee the time needed to plan and conduct a national search to find the fifth President of Flagler College without the COVID-induced travel restrictions and gathering limitations now being experienced.

Delaney will bring an extensive collection of experiences to the interim appointment that will serve the College well during this transition. His background includes 15 years as President of the University of North Florida in Jacksonville, Fla., and before that, two consecutive terms as Mayor of Jacksonville.

During his tenure at UNF, he raised the profile of the institution by increasing the academic standards, implementing flagship academic programs and cultivating strong community relationships. While at UNF, he also spent a year as the Interim Chancellor of the State University System of Florida and is the only named President Emeritus in UNF’s 52-year history.

He is also a lawyer and has served as the Chief Assistant State Attorney and General Counsel for the City of Jacksonville. He is presently a shareholder at Rogers Towers Law firm and a Principal of The Fiorentino Group, a government affairs and business development firm.

“Flagler College is a national gem and with its gorgeous historic buildings, has to be one of the prettiest campuses in the country,” Delaney said.

Flagler has begun work with presidential search firm AGB Search, and has appointed Judge Chuck Tinlin as chair of the Presidential Search Committee. Tinlin is a Flagler trustee, a 1979 alumnus of the College and also a judge of the Seventh Judicial Circuit in St. Johns County.