Matthew Wiatt, ‘05, began his college career at Flagler as a Sport Management major with intentions of working for the NFL’s Jacksonville Jaguars. But one class into the major and he knew that sport management wasn’t the career for him. 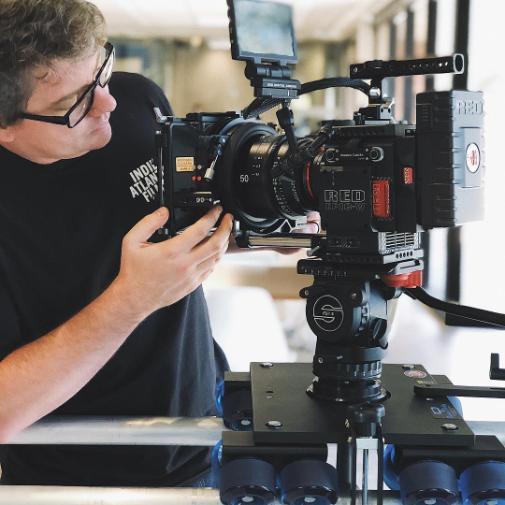 Instead, his freshman year he met students who shared his audio and technology passions, and eventually began hosting his own radio show, where he fell in love with communications. Later in journalism and writing classes, he learned to build a solid foundation in storytelling and use it to connect with an audience.

Those lessons and experiences launched him into a successful video production career, and in 2019 to executive produce the documentary film, “Fly Like A Girl,” which landed a distribution deal after a round of film festivals.

“Fly Like A Girl” tells the story of young girls and women who relentlessly pursue their passion in the male-dominated world of aviation. From airplanes to space shuttles, it spotlights courageous women who are in charge of their own destiny.

“Fly Like A Girl” was selected for 12 film festivals across the country in 2019 and won multiple awards and honors including Best Feature Documentary at the Hot Springs International Women's Film Festival. The film is now available on major streaming platforms such as Google Play Stores and Amazon Prime Video.

The idea stemmed from Wiatt’s wife, Katie McEntire Wiatt, who directed the film through their film company, Indie Atlantic Films. Wiatt said it tapped into some of his own interests from childhood.

“The space shuttle was an amazing part of my life growing up in the 80s and 90s," he said. "NASA astronauts are always my heroes, so when we got to do an interview at Kennedy Space Center in front of the space shuttle, that was pretty amazing. Later on, we got to interview Nicole Scott, who was an astronaut engineer on one of the space flights. It was amazing interviewing her and to hear her tell her story.”

Wiatt’s career in film began in college with an internship at a production house in Jacksonville, where he learned the necessity of production principles.

From freelance after graduation and a job in cable TV production, he later began working with his brother-in-law freelancing with production companies that came to Central Florida, gaining experience on national TV shows for ABC, PBS, Travel, Disney and other networks. From there he began to work with his family business in Lakeland, Florida, doing high-end event coverage and commercials.

Wiatt now works with clients such as Publix Supermarkets, universities in Arkansas and non-profits. He is also documenting farmers and ranchers across the country for a project called “American Farmer.”

“These are stories America doesn’t really know and it’s really cool to get to know these farmers on a personal level and show who they are, and what they are going through,” he said.

Wiatt said the advice he would give today’s students is to go out and try different things.

“Give it a chance and figure out what works for you, and make that what you do for the rest of your life,” he said. “Things change. You might start off in a career and pivot somewhere and that’s totally fine. It’s important to just do what you’re passionate about.”