Flagler College Head Baseball Coach Dave Barnett has been selected as one of seven individuals to be inducted to the American Baseball Coaches Association (ABCA) Hall of Fame. 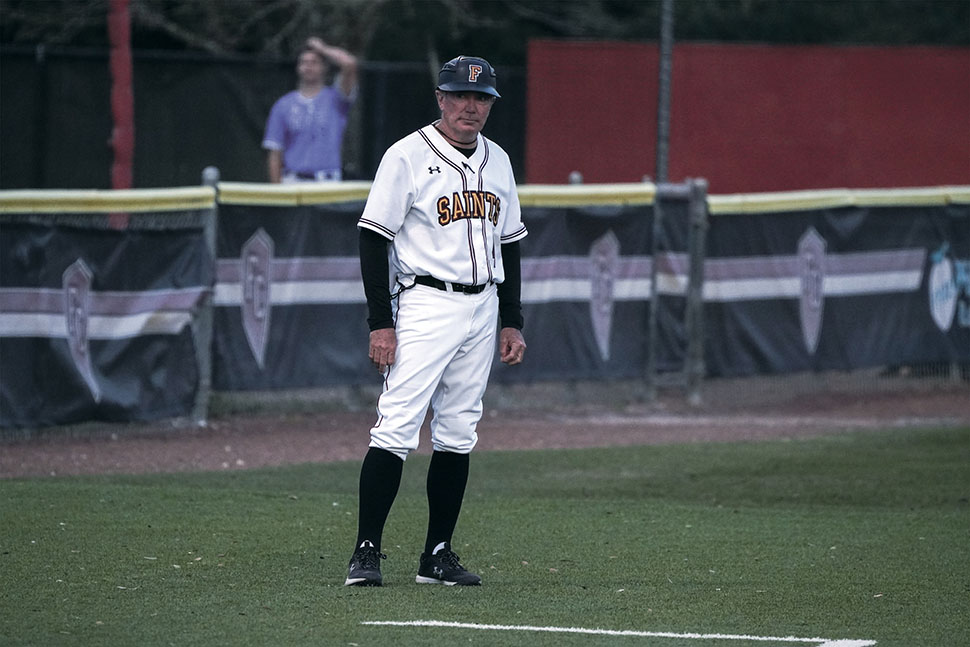 "I am truly honored and humbled to be inducted," he said. "There are many coaches in this hall of fame who had a significant impact on my playing and coaching career."

Induction to the ABCA Hall of Fame is the highest honor bestowed by the organization. The ABCA was founded in 1945, and the Hall of Fame began in 1966.

"We are all incredibly proud of Coach Barnett and happy for him to receive this well-deserved honor," said Flagler Athletics Director Jud Damon. "He is a great baseball coach and has poured his heart and soul into his work for a long time."

Barnett, who was inducted into the Flagler Athletics Hall of Fame in 2016, also served as Flagler's Athletics Director from 1994-2009, playing an instrumental role in the school's transition to NCAA Div. II.

During his 15 years as Athletics Director, Flagler added women's golf, women's soccer and fast-pitch softball to the athletics program. In addition, he oversaw the construction of the baseball stadium (2000), the softball stadium (2008), and significant renovations to the soccer field and Flagler Gym.

As a member of the NAIA, Barnett's teams qualified for conference tournament and regional play 16 out of 20 seasons before transitioning to NCAA Div. II status in 2009.